It goes without saying that fans of Stephenie Meyers' wildly successful Twilight book series will devour this movie the same as they did the first two, Twilight and New Moon. But with The Twilight Saga: Eclipse, those who get dragged to the theater by "Twihards" looking for their fix of shirtless werewolves and dreamy vampires may end up finding something to stick around for. While Twilight and New Moon were primarily concerned with the romance that engulfs Edward Cullen (Robert Pattinson), the 108-year-old vampire, and Bella Swan (Kristen Stewart), the clumsy 18-year-old girl who also happens to be best friends with werewolf and vampire-enemy Jacob Black (Taylor Lautner), Eclipse does a much better job of balancing the teenage angst with some action.

From the opening scene, Eclipse sets itself apart from its predecessors: The film opens on a vampire attack that does not kill its victim but transforms him into a vampire; similar attacks occur throughout the first third as the numbers of newly formed bloodsuckers grow. Fans of the books will understand that evil vampire Victoria (Bryce Dallas Howard, replacing Rachelle Lefevre in the role) is forming a rival group of newborn vampires—whom, we learn, are at their most powerful (and most uncontrollable) in the first three months of their new life. She intends to use her dangerous army of newborns to kill Bella, thus exacting her revenge on Edward, who destroyed her lover James in the first movie.

Outnumbered and outpowered, the Cullen clan must join forces with Jacob and his werewolf pack in order to protect Bella and destroy the bloodthirsty brethren who, by recklessly feeding on the people of Seattle, have drawn the attention of the Volturi (the ruling class ... 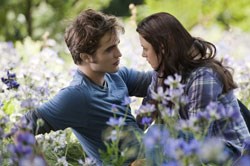