Screenwriter Nicholas Sparks and Miley Cyrus, breaking out of her Hannah Montana mold, discuss their drama, The Last Song, opening in theaters this week.
Camerin Courtney|March 30, 2010

Despite the film's name, The Last Song—which opens this week—marks several firsts for bestselling author Nicholas Sparks. A number of his novels have been adapted into movies, including The Notebook, Message in a Bottle, and A Walk to Remember, but this is the first time Sparks has written the screenplay himself. It's also the first of his 15 published works to make it to the big screen within the first year of publication, and the first time he's written a story with a particular actor in mind—in this case, Miley Cyrus.

For all these milestones, Sparks says he's most excited about the themes in The Last Song, a film that focuses on an estranged father and his teenage daughter, and the summer they spend trying to reconnect. "You've got faith, forgiveness, family," Sparks explains. "If you get it just right, these are themes that touch viewers, because they recognize them in their own lives."

These themes also reflect Sparks's Christian beliefs. "Nobody's perfect, except for Jesus. So if nobody's perfect, then everyone needs forgiveness for something they've done in the past," explains Sparks, who co-founded a Christian school with his wife and a friend, and calls his faith "fairly strong."

"This story taps into the fact that there's a universal need to be forgiven because you want to feel accepted, understood, and loved. It's the idea that, 'I'm not perfect, but from this moment forward I'm going to try my best to be better. I know I'm doomed to failure, but darn it, I'm going to try.' These struggles are universal. And that's what I try to write: stories that are universal."

While the universal themes in The Last Song are familiar territory for the bestselling novelist, the path to penning ... 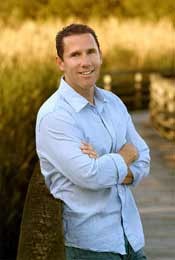