New Christian festival aspires to be like Greenbelt, reaching gays and other groups.
Jesse James DeConto|April 19, 2011

A North Carolina music festival will import a British model this summer in hopes of stretching the boundaries of evangelical festivals to reach a polarized America. Modeled on England's long-running Greenbelt Festival and named for a Celtic term for the Holy Spirit, Wild Goose will be a Christian event that openly aims to attract gays and lesbians, a broad range of ethnicities, and even those who don't identify as Christians.

The event, slated for June 23-26 at Shakori Hills farm in Pittsboro (between Raleigh and Greensboro), includes CCM names like Derek Webb and Ashley Cleveland, but mostly artists who've straddled the sacred/secular divide such as Over the Rhine and T-Bone Burnett. The wide array of speakers will include Jim Wallis of Sojourners, author Brian McClaren, The Simple Way's Shane Claiborne, and Willow Creek's Lynne Hybels.

Greenbelt has rallied British Christians for decades, drawing tens of thousands each summer and helping to launch global campaigns like Jubilee 2000. Recently it has drawn criticism from the evangelical wing of the Church of England for its tolerance of homosexuality and focus on liberal social causes. Some observers expect Wild Goose, which will include gay and lesbian panelists to talk about sexuality, will face the same kind of criticism.

"[Greenbelt] has become fairly secularized and politicized to the extent that it's a lot more of a 'crunchy granola' event than an evangelical Christian event," said Larry Eskridge, associate director of the Institute for the Study of Evangelicals at Wheaton College. Wild Goose may be change-minded, but Eskridge said its roots are in established Southern congregations. "You've got people who are disaffected with Southern Baptists." 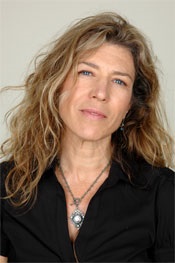