Part one of a conversation between John Piper and Jews for Jesus head David Brickner.
David Brickner|June 20, 2012
Image: Photo by Gali Tibbon / AFP / Getty
Do Jews Have a Divine Right to Israel's Land? 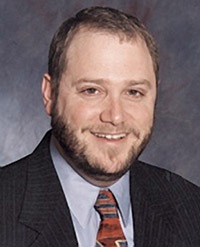 Do Jews have a divine right to the Promised Land? Are American pastors dismissive of Arab Christians in Israel? Should Christians treat the Israeli-Palestinian dispute differently than other conflicts? As pastor of Bethlehem Baptist Church in Minneapolis, John Piper has been addressing these contentious questions for years. After he began informally discussing them with David Brickner, executive director of Jews for Jesus, we invited them to share some of their discussion with our readers. We begin today with Brickner's response to some of Piper's recent writings and sermons, and will continue tomorrow with Piper's response.

It is an honor to dialogue with you on the important and timely subject of Israel/Palestine, the land and the people. I am deeply aware of your uncompromising commitment to the cause of Christ among all peoples, including the Jewish people. The opportunities you have consistently extended to Jews for Jesus to share our ministry with the family at Bethlehem Baptist Church—and the way you have stood your ground in supporting Jewish evangelism, even after receiving considerable pressure from Jewish community leaders—speak volumes. There can be no doubt that what we share in common is far greater than the areas where we may disagree.

Yet, if I understand your views regarding the modern state of Israel and its current conflict with its neighbors correctly, I do have some real concerns—particularly in light of the current political climate (the U.N. vote on Palestinian statehood) as well as a growing trend among certain Christian polemicists against Israel (see Gary Burge and Stephen Sizer). I believe our exchange will demonstrate to readers that, despite the heated arguments that occur at the poles of the Christian positions on these issues, there is a broad middle ground where the majority of us can stand and exchange our views in an irenic and thought-provoking way.

I have recently reread your article for World Magazine (May 11, 2002), along with sermons you preached at Bethlehem Baptist Church in November 2002 and March 2004, and more recently a blog from March 2011. I'll begin this exchange on the basis of those writings.

I appreciate your clear statement of belief in God's continuing purposes for ethnic Israel. I also note that you affirm, "God promised to Israel the presently disputed land from the time of Abraham onward." And yet there seems to be a "disconnect" between those statements and your comments regarding the present-day situation as well as the future. As I see it, this disconnect occurs at two important points.

First, you say that because the majority of Jews do not believe in Jesus they have broken covenant with God and have no divine claim at this time to the land God promised them.

Second, you say that the future of the land promised to Israel becomes subsumed under the promise of God that all believers will "inherit the land … because the entire new heavens and new earth will be ours."

I believe that these views can potentially undermine Christian confidence in the ongoing election of Israel based upon the Abrahamic covenant and give encouragement to those who have adopted a supersessionist position toward Israel today. (Editors' note: supersessionism teaches that the church has replaced Israel in God's covenants and plans.)

I agree with you that Israel does not currently enjoy a divine right to the Land. But I would argue that it has never been by divine right but rather by divine mercy that Israel has dwelt in the Land. God blessed Abraham in the land he had promised him though Abraham at times acted in unbelief, at times had to fight for his land, and at one point even paid for his land (and in the end never even possessed all the land that was promised him). Similarly, for much of the biblical record, Israel lived in the Land while rebellious and breaking the Mosaic covenant. Yet God was merciful and allowed Israel to remain in the Land despite her unbelief. He did this because of his gracious promise to Abraham and his descendants. Why could God not act the same in our present-day situation?

While God declared that his judgment upon Israel for her unbelief would include removal from the Land, he also promised he would re-gather his people to that land, not based on divine right but again as a result of his mercy. Could God in his mercy allow Israel to be re-gathered to the Land although in unbelief? I believe he could. In fact, it would appear the Scripture implies that Israel will indeed be back in the Land in unbelief prior to the return of Christ (see Ezekiel 37; Zechariah 12; Romans 11).

Could present-day Israel be uprooted once again from the Land because of her unbelief? I would have to say yes, though I hope not. There is a growing remnant of believers in Jesus in the land of Israel, and God has consistently extended mercy on behalf of the remnant of his people. Paul makes much of the theology of the remnant in asserting that God has not forsaken his people. The church can rejoice in that ever-increasing remnant, with all the ramifications it holds for the modern and future state of Israel. As you have noted, "these privileges belong fully and savingly to an elect remnant of Israel now."

The future of ethnic Israel is indeed bright; just as God has promised, "all Israel will be saved. As it is written: the deliverer will come from Zion. …" But surely that bright future must also include the fulfillment of the specific land promises God has made to Abraham and his descendants as well. To imagine that God's very specific promises are subsumed in his wider promise that all believers will inherit the new heavens and earth makes it seem as though God is reinterpreting his original promise so as to effectively make its original meaning null.

Imagine if I had offered your grandfather a beautiful home in Minneapolis and told him very specifically that it was not only for him, but for his descendants. After you move in, I inform you that some time in the future I will be renovating the entire city and you will have a much bigger and better house. Of course, you will share the city with many others as well. And in the meanwhile, several neighbors are moving into the original house I promised your grandfather. Probably you would find either my ability to remember my promises, or my intention of keeping them, somewhat lacking. It seems to me that subsuming God's past and precise promises into his wider, future promises reflects similarly on God's memory or intentions of promise-keeping.

As to the issue of how Christians should understand the current conflict between Israel and the Palestinians, I agree with you that Israel "should seek a peaceful settlement not based on present divine right, but on principles of justice, mercy, and practical feasibility." Israel's government is secular and should be evaluated by the same standards as any other secular government. There has been injustice and suffering on both sides of the conflict, and we are called to care for all those who are suffering. At the same time we must avoid the common practice today of drawing a moral equivalence between acts of terrorism against citizens and the efforts of a government to defend its people and territory.

Most importantly, I absolutely agree with you that "the Christian plea in the Middle East to Palestinians and Jews is: 'Believe in the Lord Jesus, and you will be saved.'" The only hope for peace was born in the Middle East, our wonderful Messiah Y'shua. God loves Israelis and Palestinians equally. Indeed, when Arabs and Jews can say to one another, "I love you in Jesus' name," the world will truly see the reconciling power of the gospel. Through the proclamation of the gospel there today we are beginning to see this happening, to the praise of his grace.

Your Jewish brother in him,

David Brickner has been executive director of Jews for Jesus since 1996.