In this commentary: Red 2 and Ways to Live Forever.

I wonder what John Donne would make of two new movies opening this week. Both defy Death—whether personified with a capital D or not—and yet both do so from very different perspectives.

And both, in the end, must confront it head on.

RED 2, about aging superspies who dance with Death on a daily basis, almost mocks mortality. In this rollicking comedy sequel to 2010's RED, senior special agents play shoot-'em-up 'round the world, smiling, even laughing, in the face of lethal danger. When Helen Mirren, the smokin'-hottest 67-year-old thespian on the planet, makes gunplay look sleek and sexy while picking off the bad guys, one can't help but laugh along.

And yet when these professional assassins really think about it, when they truly look Death in the eye, their fears become evident. Mirren's character wants to be held and comforted when her demise seems inevitable. John Malkovich's character is so paranoid about dying, he's convinced everyone is trying to kill him. And Bruce Willis's character just wants to get out of the business altogether and attempt to live a normal life—and the film even begins with him shopping in a Costco to prove it.

While RED 2 opens this weekend in almost 3,000 theaters, Ways to Live Forever, a charming little indie, opens in just eight (though it will hit more cities in coming weeks). Its title implies a quest for immortality, but that's only true in some ways. In others, the central character, a 12-year-old boy dying of leukemia, courageously confronts his inexorable outcome—and he concludes, like Donne, that though Death may seem "mighty and ... 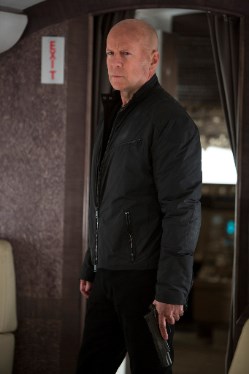