In many ways, the Wolverine presented by 20th Century Fox's recent X-Men movies has been the Rambo of the modern age. He's a perfect mix of old-school soldier tropes (tall, strong, veins bulging and visible from space, monosyllabic grunts, protects young defenseless women, etc.) and early 2000 superhero style (cool leather jackets, catch-phrases, and metal claws that extend out from between his knuckles). Never mind that Fox's Wolverine is almost a foot taller than his comic book counterpart, and ten thousand percent handsomer and more charming---though that last caveat is due entirely to the acting of fan-favorite Hugh Jackman, whose upcoming seventh turn as Wolverine in X-Men: Days of Future Past will set a new record for the number of times one actor has played a superhero in the movies.

Wolverine (neé James Howlett, but going by Logan) marched through his previous films in a blur of pecs-flexing and violence; in the first X-Men movie, he became team leader almost immediately (and fell in love with the original leader's wife, to boot). In X2, he saved the entire X-Men team from destruction, but even that pales in comparison to his world-saving feats in the critically-panned X-Men: The Last Stand (the third film in that franchise). In X-Men Origins: Wolverine, Logan epitomizes himself by saying: "If I come with you, I'm coming for blood. No law, no code of conduct. You point me in the right direction, you get the hell out of my way." 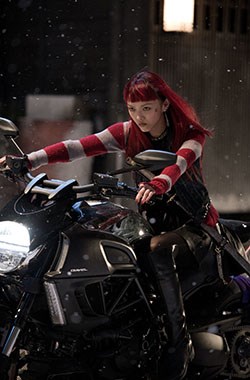