Critics take on 'Last Vegas' and 'Dallas Buyers Club', Tina Fey has yet another show coming, and more.
Taylor Lindsay|November 1, 2013

Looking for something to watch at home this weekend? A collection of Winnie the Pooh adventures is now on Netflix—one of my personal favorites. Who says it's just for kids? If you're looking for something action packed (though light on story), the new thriller Redemption is now available, starring Jason Statham. The 1974 version of The Great Gatsby starring Robert Redford, is streaming, and the TED Talks series Head Games provides and interesting look at some of the science behind behavior.

Robert De Niro, Morgan Freeman, and Kevin Kline have all come together for a coming-of-old-age story—Last Vegas—and according to The San Francisco Chronicle, it's surprisingly heartfelt. The San FranciscoChronicle's Mick LaSalle says it "has a serious purpose, and the resolution of the men's journey of realization is anything but corny." The Washington Post's Stephanie Merry seems to agree: "'Last Vegas' may not deliver potent originality, but it's much funnier than that first one-minute glimpse implies." However, the critics are not unanimous on this one.Crosswalk's Christa Banister, in an article titled "The Laughs are on Life Support," said of the story that "no one ever gave the audience a reason to care, which is why what happens in Last Vegas won't be remembered once the credits roll."

Critics are resoundingly praising Matthew McConaughey's performance in Dallas Buyers Club. After its first screening at the Toronto Film Festival this year, The Hollywood Reporter' s David Rooney said "the Focus Features release will get its biggest assist from the tremendous gusto of Matthew ... 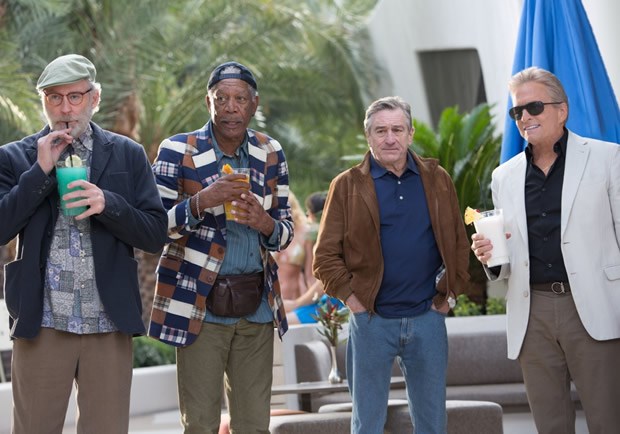