But as much as I sat amused (occasionally highly amused) for 136 minutes, I never felt particularly engrossed or even all that thrilled. The stakes were too low. The hero's fate, the fates of his co-heroes, the fates of the villains and the fate of mankind were never much in doubt.

And that's a bit of a problem.

That's not to say the film is not enjoyable. It's a lot of fun to watch Steve Rogers, aka Captain America (Chris Evans), team up with vampy Black Widow (Scarlett Johansson), wing-man Falcon (Anthony Mackie), ringleader Nick Fury (Samuel L. Jackson) and other agents of S.H.I.E.L.D. as they fight to save the world (again). It's also fun to see the various baddies — including chief baddie, the mysterious Winter Soldier himself (Sebastian Stan) — try and fail to vanquish the good guys. The plot takes intriguing twists and turns and (under-)utilizes the formidable talents of Robert Redford.

One of the marks of a great film is how much it makes a palpable, physical, real impact on me as I watch it, whether it be holding my breath in tension, unconsciously welling up with tears, gripping my seat handles, or simply losing any sense of time and place because I'm so lost in the world of the movie.

I felt these things watching last year's Captain Phillips, for example, or the Robert ... 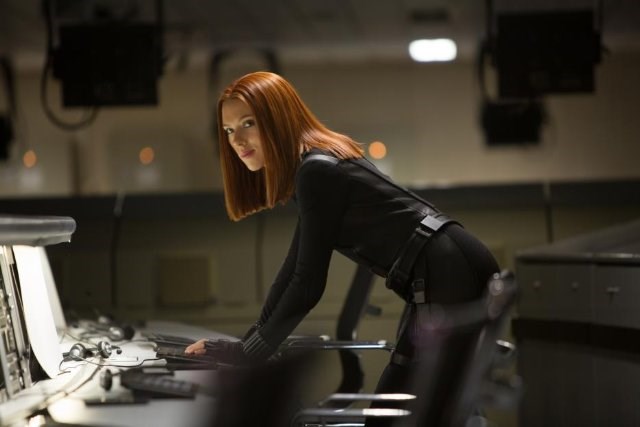