After we released our 33 Under 33 cover story earlier this summer, we invited readers to nominate millennial-aged Christian leaders in their communities.

Here's who you came up with:

Author of Kisses From Katie and founder of Amazima Ministries, Katie Davis became a foster mom to 13 Ugandan girls when she was just 22. Her organization sponsors hundreds of children, supporting their families and allowing them to go to school. (Nominated by Ann Voskamp)

CCM singer Jamie Grace Harper was the youngest person to receive a Grammy nomination in 2012, the same year she took home a Dove Award for New Artist of the Year. Harper, who is open about her struggles with Tourette syndrome, released her second album, Ready to Fly, earlier this year. (Nominated by Ann Voskamp)

Collin Hansen is the editorial director of The Gospel Coalition and a former associate editor at CT. He's the author of the 2008 book, Young, Restless, Reformed: A Journalist's Journey with the New Calvinists, and helped popularized the phrase "new Calvinism." (Nominated by Griffin Gulledge)

Seattle Seahawks quarterback Russell Wilson regularly shares his testimony, including in a video with his team called Making of a Champion, where he describes being saved at age 14 after Jesus spoke to him in a dream. "I realized that God gave me so many talents, and I wanted to give him all the glory." (Nominated by Alan Briggs)

Micah Bournes is a poet who writes and performs spoken word poems ... 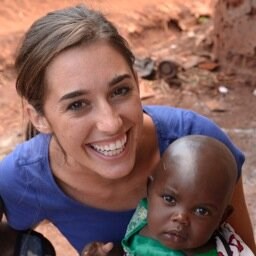