The HBO Show 'Silicon Valley' deftly pops through the bubbles of arrogance in the new tech economy.
Paul Glader|May 13, 2014

What happens when Mike Judge turns his sardonic comedic vision—that same one that brought us Office Space, King of The Hill, and Idiocracy—toward the tech industry of Northern California?

We end up with an HBO show called Silicon Valley that you could describe, in one way, as the late HBO show Entourage (about a band of 20-something wannabe actor dudes in Los Angeles) meets Sex in the City (about a band of single, middle-aged, man-hunting women in New York), The Social Network (a film about Facebook by Aaron Sorkin) and Girls (an HBO series about 20-something millennial-generation women set, largely, in Brooklyn).

Except Silicon Valley is about a tribe of nerds: math-minded, socially awkward, mild-mannered computer guys. In other words, these guys have the discipline, talent, and particular skill set to become exceedingly wealthy in our modern times and successful beyond their wildest imaginations.

HBO just extended Silicon Valley to a second season, which is not a surprise. Five episodes in to the premiere season, the comedy is drawing a respectable 1.5 million viewers or more each week. Besides humor, the show delivers lethal, South Park-style social commentary with the ongoing story of a band of techies near Palo Alto, who are living together in a house, hitting it big (kind of) with a start-up and dealing with all the hiccups that accompany success (or failure) in the modern tech industry.

Tech startups are, in a way, the new rock bands in America, representing a youthful desire for wealth, power and fame on par with our existing archetypes: Steve Jobs and Apple; Mark Zuckerberg and Facebook, Sergey Brin and Google. The show's main character, Richard (Thomas Middleditch), goes from mopey outcast ... 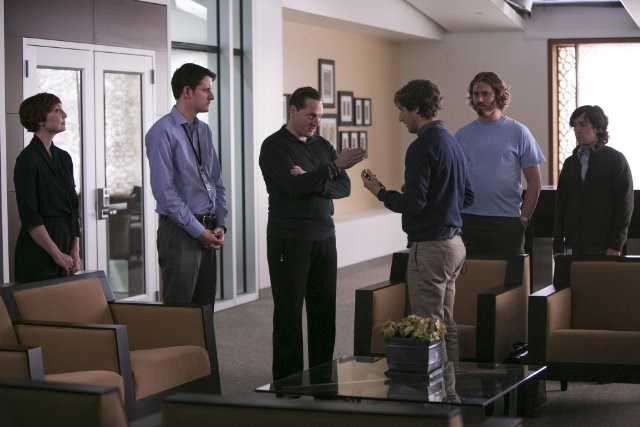