Whether or not war is hell isn’t really an interesting question. The jury is back on that one: the answer is yes.

But why do (some) people voluntarily enter that hell? Why do some others survive when they have that hell thrust upon them? These are harder but—in some ways—more important questions.

Fury documents the transformation of one normal man (“Norman”) into a killing machine. Depending upon your point of view, Norman’s (Logan Lerman) change is either a painfully slow education (during which others pay with their lives for his mistakes and reservations) or a shockingly rapid degeneration. The man who originally asks for his own death rather than to be forced to kill an enemy eventually takes to violence with a cathartic energy that horrifies him and us alike.

The film echoes Lawrence of Arabia’s tragically sad admission that the hardest thing about killing a man is the realization that one enjoyed it. But it also houses another even more cruel conundrum: in war, the best chance of saving your life is surrendering your humanity.

For a while, Don “Wardaddy” Collier (Brad Pitt) fools Norman, and us, into thinking we can have it both ways. That we can hold on to decency, some sort of code—even one peculiar to war—and still execute with skill and efficiency the destruction of other human beings. Just as Norman, straight out of the typing pool, wants no part of the tank unit, Collier wants no part of Norman.

But Collier is a soldier following orders, so he can’t choose to leave Norman behind. When Norman is reluctant to kill—and it costs another man his life—Collier refuses to let him look away from the consequences. When even that ... 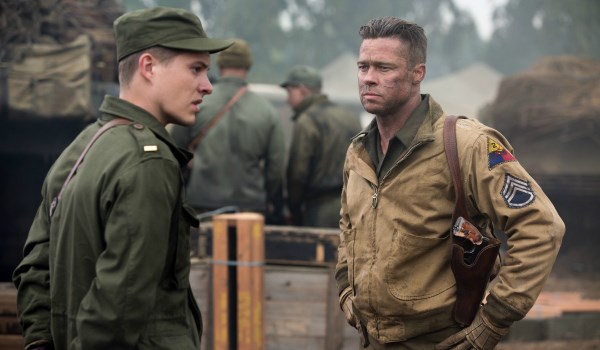