Everyone in Hollywood, no matter how talented, eventually makes a bad movie. Even a team of all-stars can lack chemistry—or just have an off night. Meryl Streep, Jonathan Demme, and Diablo Cody are about as dependable a trio of actor, director, and writer as one could hope to assemble for a Hollywood flick, but unfortunately the result, Ricki and the Flash, is an unfunny, unsentimental, erratic, listless, run through the paces.

Ricki and the Flash is not quite as bad as its trailer made it look—but it is quite bad in spurts. It occasionally rises to the level of mediocrity, but at no point does it even threaten to become engaging, interesting, or unpredictable.

Ricki is the stage name of Linda, an aging divorcee who left her family to pursue her dream of playing music. Now she works as a cashier at Total Foods, while her ex-husband lives in a posh suburban home with ritzy bathtub in the master suite. As the film opens, Ricki and her band have been performing as the house band for seven years running at a dive in Tarzana, California.

I know this is in Tarzana and not Barstow or Reno because Ricki and the Flash is the sort of movie that gives you intertitles with establishing shots to tell you where the characters are located. That’s understandable. The airport in Indianapolis looks a lot like every other airport, and the dives in Tarzana look a lot like any other bar where ninety percent of the occupants probably have their SAG cards.

While on break at the grocery store, Ricki takes a call from her ex, Pete (Kevin Kline), who lets her know that their daughter Julie (Mamie Gummer, who is actually Streep's daughter) “needs her mom.” Julie’s husband has left her for another woman. ... 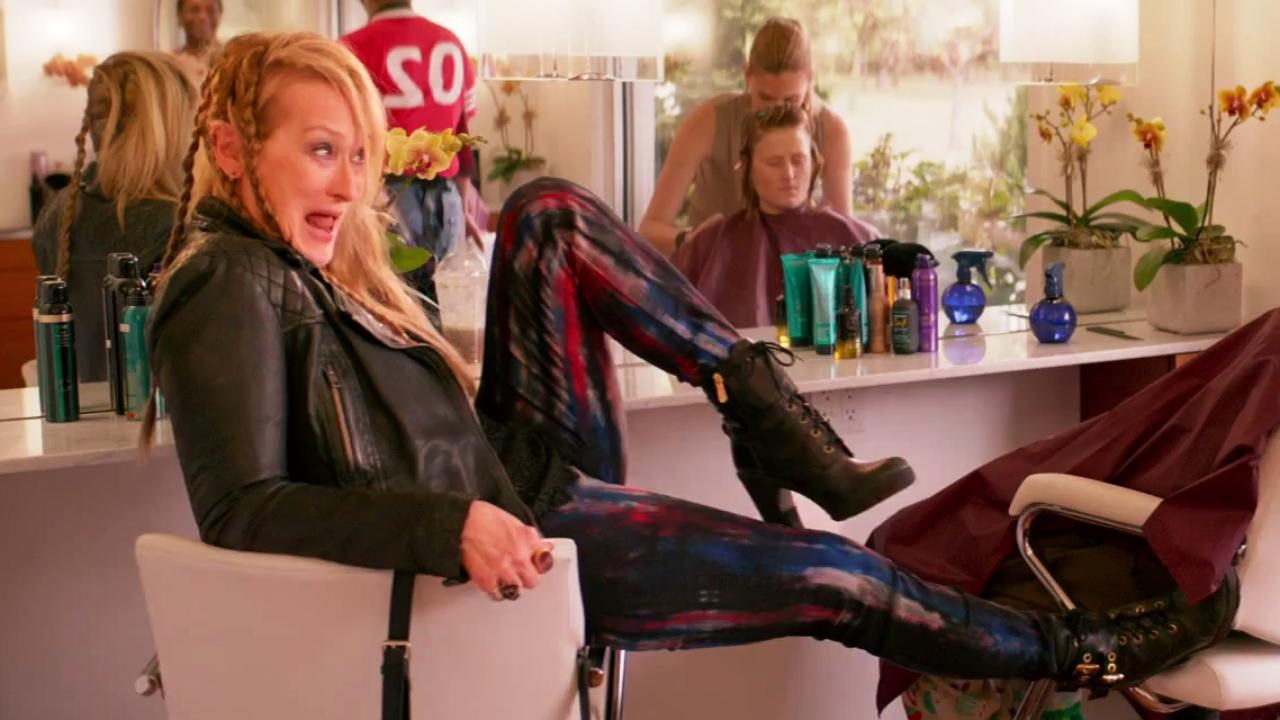