When the ground beneath a marriage is shaken, can it hold up?
Alissa Wilkinson| December 21, 2015
Image: Agatha A. Nitecka / Sundance Selects
Charlotte Rampling in '45 Years'
Our Rating

Much about 45 Years makes it clear that it’s adapted from a short story, but nothing more than the moment when Kate (Charlotte Rampling) is surveying the hall in which she intends to host her 45th wedding anniversary party at the end of the week. “So full of history, you see?” says the man showing her the room, which after the English fashion is old and stately. “Like a good marriage.” That line is a cipher for the story, the thread you tug and hold your breath to see if the whole thing will unravel.

Kate and her husband Geoff (Tom Courtenay) are just on the cusp of old age, retired but well-off and childless and still very fond of one another. The film takes place over the week leading up to their anniversary celebration, and it’s filled with the quiet shorthand that long-married couples use with one another, with a constant classical music backdrop. For much of the film, director Andrew Haight contrasts very wide shots of the fields and landscapes around Kate and Geoff’s house with beautifully-lit interior shots, often through doorframes, in nearly every room of the house. It's as if we’re seeing everywhere they’ve invested with their lives before the storm hits.

And hit it does, though you might almost miss it if you aren’t paying attention to their faces. Geoff receives a letter one morning that, despite his rusty German, he realizes carries startling news: in Switzerland, buried beneath ice, his former girlfriend Katya—who fell and disappeared before he even met Kate—has been found. Katya and Geoff had been pretending to be married to make travel easier, so he’s listed as her next of kin. Would he be able to come identify the body? ... 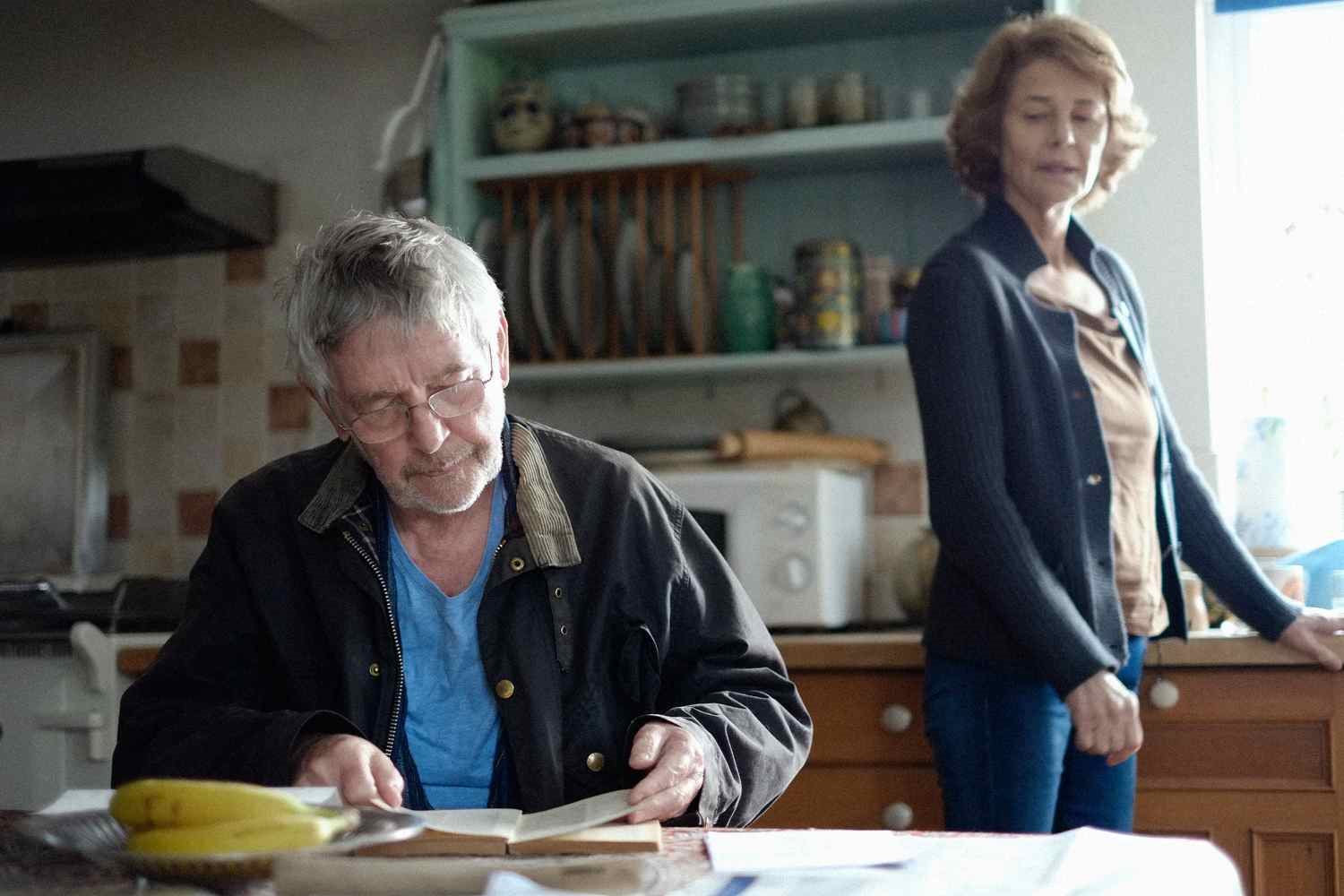