Hollywood tries to turn a clash between science and a powerful institution into an immigrant doctor's "such a time as this."
Alicia Cohn| December 21, 2015
Image: Melinda Sue Gordon / Columbia Pictures
Will Smith in 'Concussion'
Our Rating

Concussion tries to achieve the depth and stakes of the Biblical story of Esther, without quite enough unchecked power or genocide to support the claim.

The movie is based on real-life Dr. Bennet Omalu’s discovery of the danger of repeated brain trauma sustained by professional football players and his battle to publicize that danger. Omalu (played in the movie by Will Smith) is an immigrant from Nigeria with a stellar resume who works as a pathologist at a coroner’s office in Pittsburgh. Before every autopsy, Omalu asks the corpses to help him tell their story.

“The dead are my patients,” he explains.

That is how he approaches the body of Mike Webster, former center for the Pittsburgh Steelers. Webster was a football icon and Pittsburgh’s “favorite son.” He died of an apparent heart attack, but was also living in a car, super gluing his teeth together, and making himself sleep by self-applying a taser. But instead of putting pressure on Omalu to figure out what happened to Webster, most people seem to want him to revere the body by leaving it alone. This is not how Omalu understands his duty to the dead; fortunately his boss agrees.

This kicks off an investigation that turns into a personal quest to understand what drove Webster mad. It turns out Webster follows a pattern of other former Steelers players who died by suicide or in odd circumstances. Omalu’s quest to understand meets resistance at every turn. Apparently, no one else is brave enough to ask “why?”

The movie tries to create a sense of crushing opposition and a vast conspiracy involving a huge corporation, state government officials, and violent fans that are out to get Omalu, his career, ... 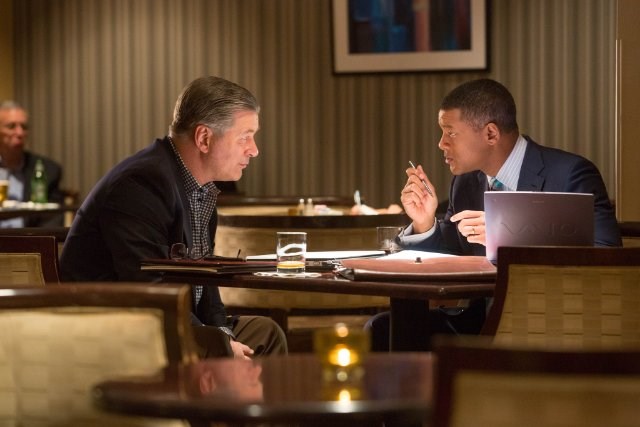