Can a satire about Christian subculture get it right?
Alissa Wilkinson|December 10, 2015
Image: Transcendent Productions
Sam Rockwell and Jemaine Clement in 'Don Verdean'
Our Rating

I mean this in a good way: Don Verdean probably never had much of a chance. It’s a satire set in American church culture, which means it will offend those Christians who don't find that funny. And a lot of its humor relies on the audience's insider knowledge of the obsessions and verbal tics of a subculture to which many of them don't belong.

That probably explains why, the first time I saw it, the laughter in the theater was restricted to a few chuckles—except for two people obnoxiously howling at the screen. One was some guy near the back of the room. The other was me.

Jared and Jerusha Hess (the Mormon filmmakers who brought you Napoleon Dynamite and Nacho Libre) tell the story of Don Verdean (Sam Rockwell), a “Biblical archaeologist” who's built his career and reputation on work he believes in wholeheartedly. He digs up discoveries in Israel and brings them to the United States. From there, a 1990s-style promotional video tells us at the beginning, Don travels around the country with them, “confirming . . . beliefs in the miraculous narratives contained in the Bible.”

Ten years after the video was shot, though, Don's star has fallen a little. He drives around in his RV, giving talks to conferences, church groups, and Bible studies about his finds. He can still draw a crowd, and he still believes the work is a vital part of saving souls, but the money isn't coming in like it used to and things are getting tough. So he and his devoted assistant Carol (Amy Ryan) are delighted when Tony Lazarus (Danny McBride), pastor of the flourishing Lazarus Fellowship Center, invites them to a meeting at his church.

“Church attendance in American has been in ... 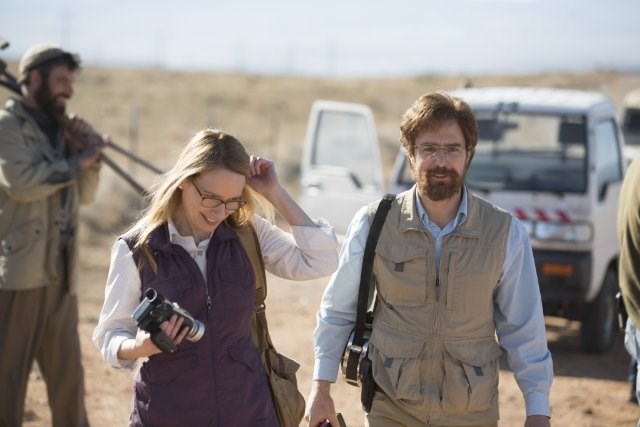