With the glut of bloody, brutal films headed our way this December, you might be tempted—even if you enjoy that sort of thing—to skip yet another Macbeth in favor of Hateful Eight or The Revenant.

Justin Kurzel's searing, indelible adaptation boasts the technical skill of several of its buzzier box office competitors, but also has in spades what the others skimp on: clarity about its moral core and a cogent, relevant point to make about how violence brutalizes the soul. At once ferociously medieval and achingly contemporary, this is the Macbeth our haunted, fearful times require.

As played by Michael Fassbender, the antihero Macbeth is a hollowed-out core of a man, rendered that way by the death of his infant child, whose funeral pyre—flanked by members of the devastated household, including Lady Macbeth (Marion Cotillard)—we witness in a silent scene before the first lines are spoken. Soon we're in battle, shot with the slow lyricism of a dirge or maybe a piercing scream, and we look into the eyes of the soldiers, even boys. Stage productions tend to dwell on the Macbeths' interactions with one another, but here those are punctuation marks, the quietness from which flows more blood.

As shot by Adam Arkapaw (who shot both Top of the Lake and True Detective), this is a film obsessed with eyes. So it's well cast; I think we could watch the whole film unfold just by the shades of change in Fassbender's eyes—emptiness, anger, murderousness, mania, fear, and, ultimately, resignation. Shakespeare's play is tweaked a little, but the structure and language are preserved and familiar, which makes the effect all the more harrowing. I've ... 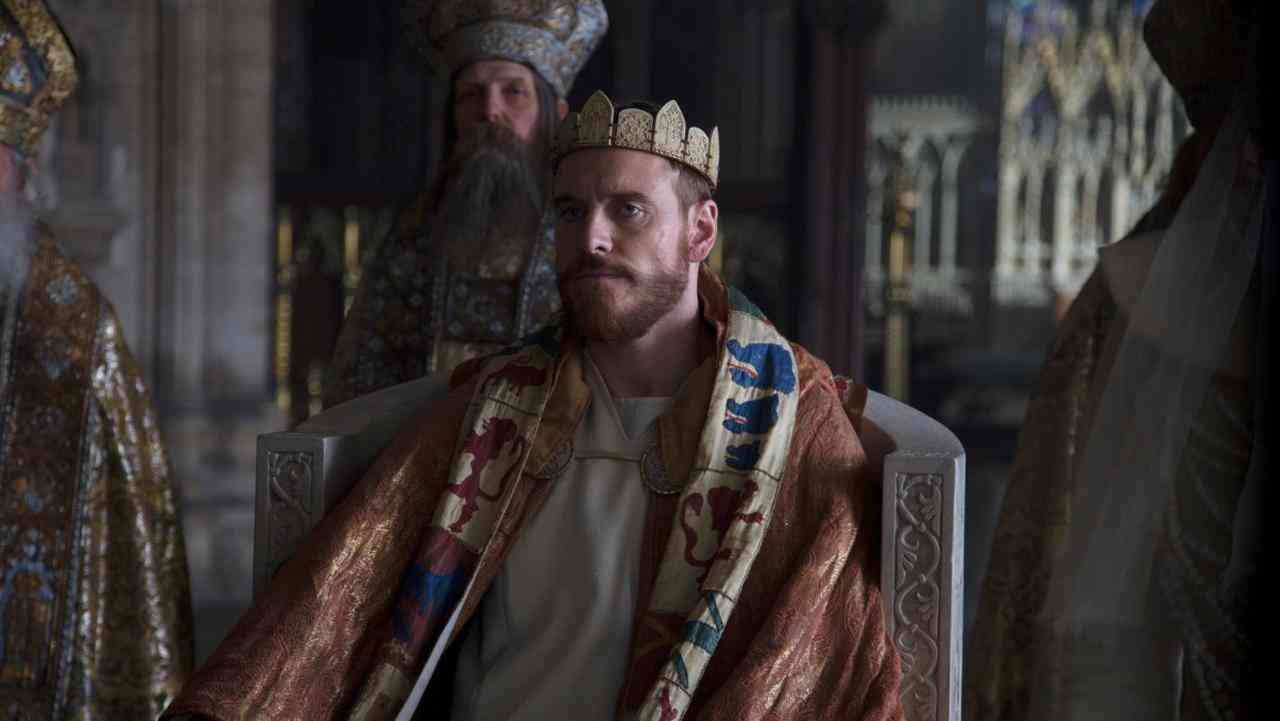