A low-effort movie that’s too bad to get riled up about.
Jackson Cuidon|January 27, 2015
Our Rating

It’s not exactly clear why Mortdecai exists, or what’s going on inside it. I have no idea for whom this movie was made.

Neither, apparently, does Lionsgate, whose ad campaign is now famous for its total incomprehensibility. A movie’s ad campaign is supposed to have some sort of something that makes you perk up and say, “Hey, I wanna watch this,” even if that thing is something as lowbrow as exploding robots and Meagan Fox. Mordecai’s official tagline, on the other hand, is “Sophistication has a name.” What’s this all about?

And so my working theory is that they screened the film for the marketing department, who then passed responsibilities off to an intern, and that intern called it like she saw it: Mortdecai really doesn’t have a way to justify its own existence.

The story (perhaps “story”) concerns the rapscallion art curator Mortdecai (Johnny Depp), who gets tangled up in a convoluted series of events involving MI6, a lost Goya painting, and communist assassins. I’ve made this appeal before, I’ll say it again: I would love to not summarize this movie. It doesn’t actually advance the review at all—it’s just not worth the time it takes to recap. Wikipedia has a really freakishly intricate plot summary on their website, so if it’s positively eating away at you, I’d point you there.

Mortdecai isn’t just a bad film, but it’s a thoroughly cringe-inducing one too—the kind where you can tell a joke was attempted, but nothing about it is ever funny. What little comic goodwill the movie earns up-front (Johnny Depp’s Jeeves-and-Woosterian back and forth with Paul Bettany is initially ... 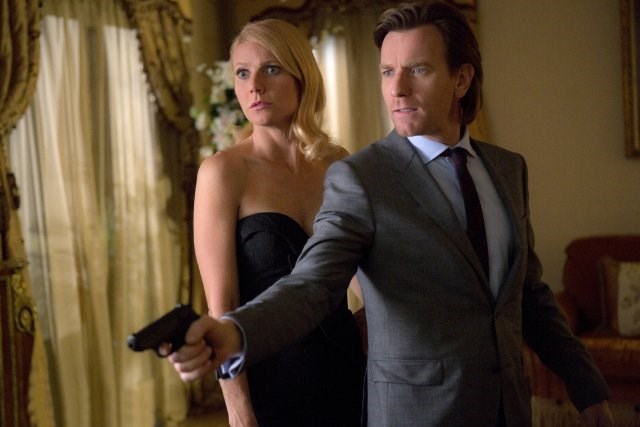