Do you want to see the story of Hosea and Gomer remade as a raunchy sex comedy?
Kenneth R. Morefield|July 17, 2015
Image: Universal Pictures
Amy Schumer and Bill Hader in 'Trainwreck'
Our Rating

How much you care about that admission pretty much determines how patient you’ll be with the rest of the film. Outwardly, Trainwreck is a comedy. But at its heart it is a painful story about a woman who hates herself so deeply that she can’t even imagine an alternative to a life of numbing, palliative drugs and sex. “What’s wrong with you that you want to be with me?” she asks.

Directed by Judd Apatow from a script by Schumer, Trainwreck is closer to The 40 Year Old Virgin and Knocked Up than Funny People and This is 40—like the earlier movies, this one is strangely optimistic, with characters in a state of arrested development who begin to voluntarily stumble toward adulthood as best they can. In Trainwreck, though, it’s the woman who is the overgrown adolescent, and then man who’s mature and responsible.

In the film’s prologue flashback, Amy’s dad explains to her (nine year-old self) and her sister Kim why the parents are splitting up. (It’s because of his affairs, but he uses an extended metaphor about playing with dolls that casts the blame on mom for being a mean grown-up.) After the credits, we get introduced to grown-up Amy, who writes for S’nuff Magazine and juggles an insane boss (Tilda Swinton) who makes her write ridiculous Cosmo-style pieces with hot takes on tawdry topics, a perpetually aggrieved sister who can’t imagine why Amy won’t pretend to like her too precocious step-son, and a sullen father who hoards his meds at the only care facility the daughters can afford to pay for.

The Apatow brand is marked ... 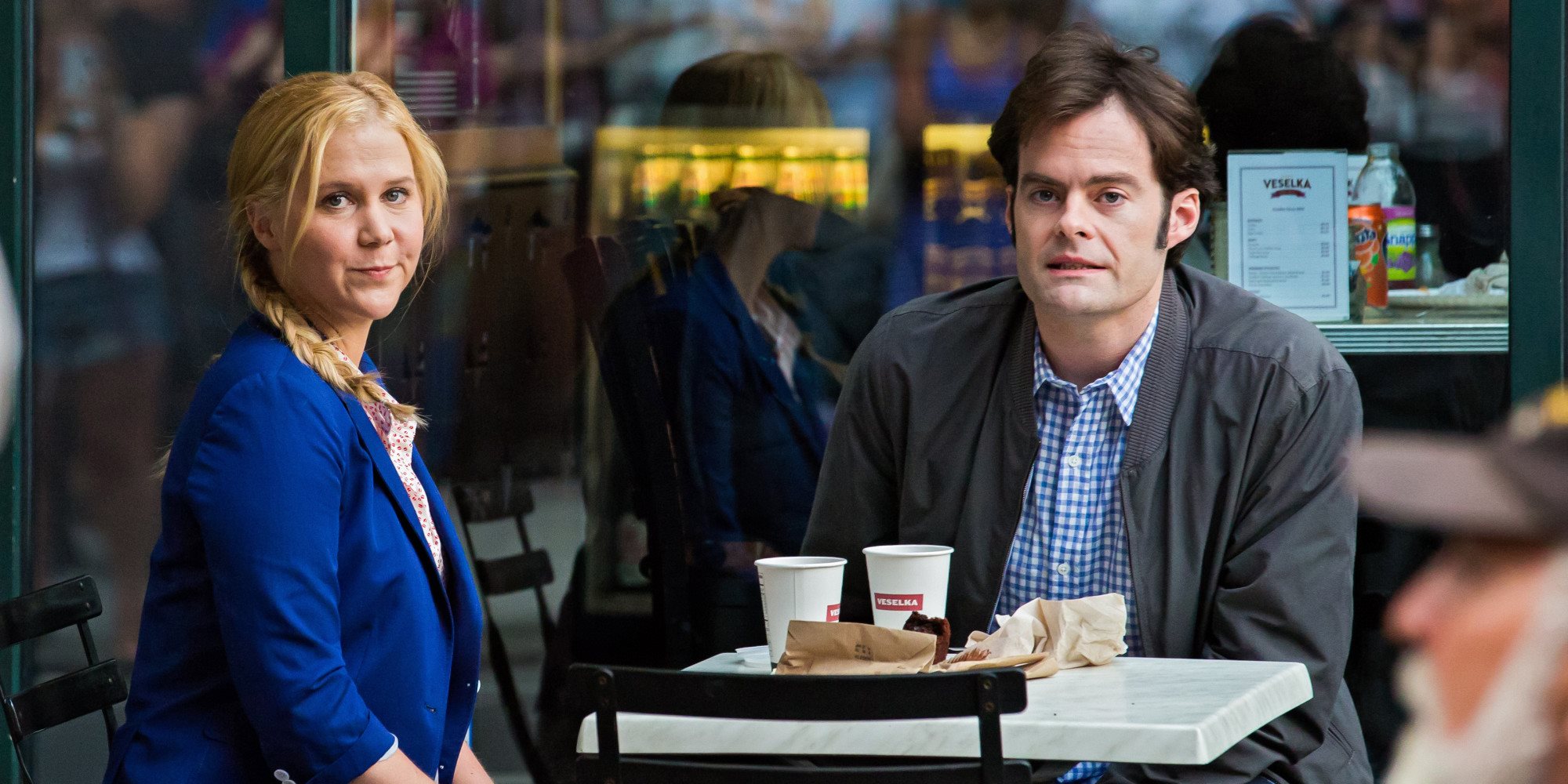