Terrifying and uncomfortable tale of teenagers in suburban Detroit—which is the point.
Timothy Wainwright|March 30, 2015
Image: RADiUS-TWC
Maika Monroe in 'It Follows'
Our Rating

David Robert Mitchell’s second feature is a humming suburban fever dream. It takes a common human worry and heightens it ruthlessly. Formally and visually it is a work of real craftsmanship, and it displays a conscious understanding of the paradoxes of the heart that the horror genre plumbs so well.

Our protagonist is a girl named Jay (an excellent Maika Monroe), who lives a nice life in suburban Detroit. (Reminder: all movies require suspension of disbelief.) She hangs out in the raised swimming pool in her backyard. She watches movies with a loyal group of best friends: her sister Kelly (Lili Sepe) and neighbors Paul (Keir Gilchrist) and Yara (Olivia Yuccardi). And she goes on dates. With boys.

In this case, the boy is a tough but nice older lad named Hugh (Jake Weary). No matter where or when you went to high school, there was a guy there who looked like Hugh. And, no surprise, the night leads to the back seat of Hugh’s station wagon. The less traditional part of the date comes when Hugh chloroforms Jay and she wakes up tied into a wheelchair in a burnt-out parking garage.

Here, apologetically, Hugh lays out the situation: he’s given her a supernaturally transmitted disease. Some implacable thing will now follow her until it can kill her. Only those who have the curse can see it. It can take different human forms, including those of friends and family. Unlike other STDs, apparently the only way to get rid of it is to engage in coitus with someone else.

It’s hard to parse and rank the achievements of this movie. The most obvious, I guess, ... 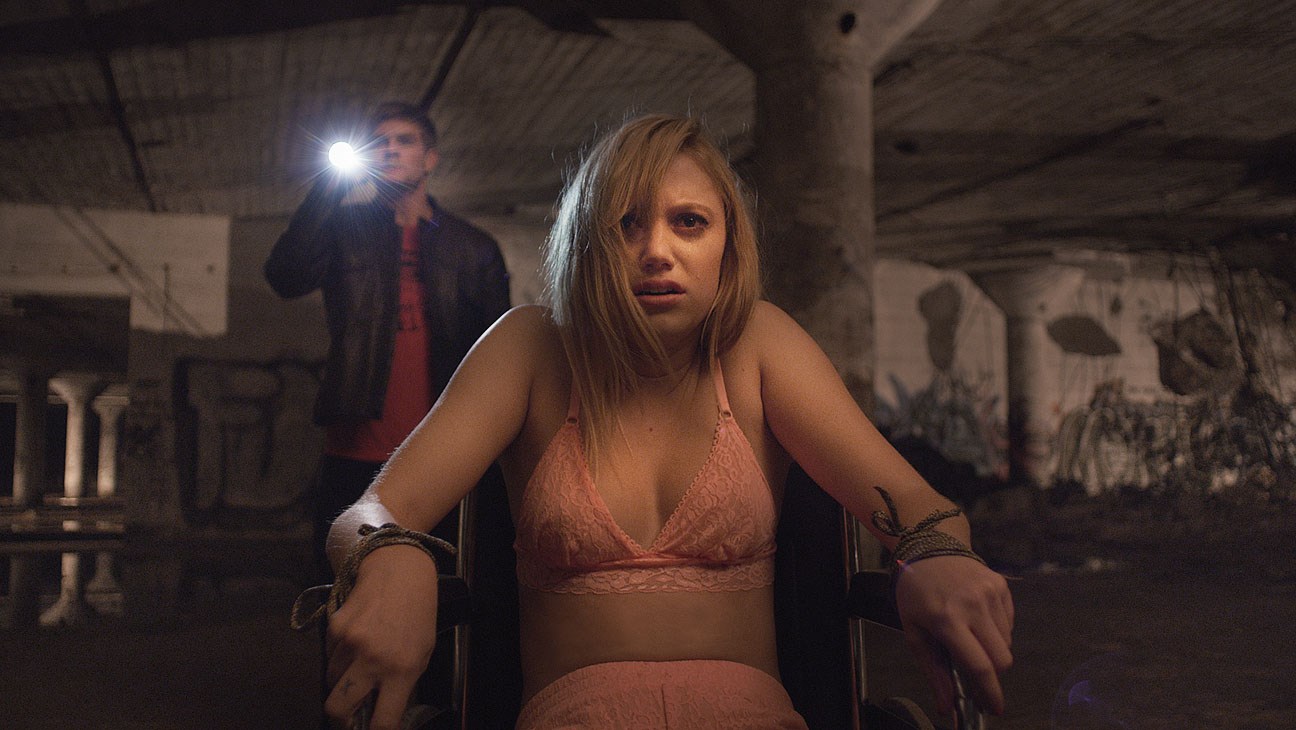