The film is flawed, but the wire walk makes it all worth it.
Alissa Wilkinson|September 29, 2015
Image: Sony Pictures Releasing
Joseph Gordon-Levitt in 'The Walk'
Our Rating

An opening caution to the vertigo-prone: you may want to see The Walk in 2-D.

That’s because if you see it in 3-D—and most everyone should—you’ll be swaying for the last quarter of the movie, as French wire-walker Philippe Petit (Joseph Gordon-Levitt, Hollywood's resident man-sprite) walks slowly back and forth on a wire strung between the two newly-constructed towers of the World Trade Center. It’s 1974, and Petit, a capricious, whimsical guy with an almost annoying enthusiasm for life in general and wire-walking in particular, is fulfilling his dream. That’s no spoiler; the story is in how he gets there.

The Walk is based on the true story of Petit’s stunt, and so if this all sounds familiar, that’s probably because it was told pretty recently in the much-loved 2008 documentary Man on Wire, a Netflix staple. The Walk sticks to the contours of Man on Wire, which certainly raises the question of why this one was made.

In a press conference following the screening I attended, director Robert Zemeckis (Back to the Future, Forrest Gump, Cast Away) said he wanted to make this film because no footage exists of Petit actually walking the wire. In recreating it, I suppose—and in letting us hover over Petit as he traverses the wire and narrates his experience—we’re meant to get a more intimate view of what happened.

The way this final act is shot is so viscerally thrilling (my heart was in my throat, even though I knew the story, and it took me a half hour to feel calm after it was over) that it’s worth excusing the film’s deficiencies. But it has them. To wit: it’s narrated by Petit, perched in the Statue of Liberty’s torch, and ... 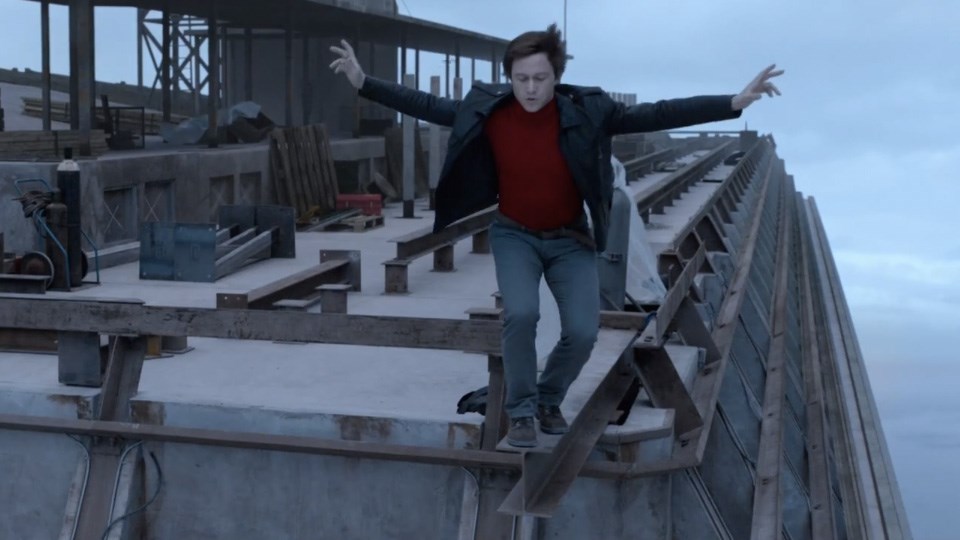