A boy, a monkey, a beetle, and a lot of origami.
Alissa Wilkinson|August 17, 2016
Image: Focus Features
'Kubo and the Two Strings'

I've seen a whole string of lovely family-oriented films this summer (don't miss The Little Prince on Netflix!), but Kubo and the Two Strings might be the most stunning.

Laika, the studio which produced the film, also made Coraline, Corpse Bride, ParaNorman, and The Boxtrolls—all animated films aimed at kids, but with a thread of darkness running through them, more than your average children's movie. Often, it's as if they note the dangers kids sense around every corner and take them seriously, confronting them head-on rather than simply making light of them.

Kubo and the Two Strings follows this pattern, with a solidly Japanese flair. Kubo, the child at the film's center, lives peacefully in a cave with his mother, venturing out most days to perform origami-and-flute-aided stories in the town center, always coming home before the sun sets. But his family has a dark secret, and Kubo has to unlock their legacy, with the help of some companions he gains along the way. (Characters are voiced by Charlize Theron, Matthew McConaughey, Ralph Fiennes, and Rooney Mara, among others.)

The film centers on a religious concept of honoring one's elders, and it's filled with magic and enchantment, coming off more as a legend than a simple tale. (Of course, some CT readers will want to discuss the religious aspects of the story with their children afterwards.) But Kubo and the Two Strings bends that mostly-Eastern custom around to a more universal sentiment: that the memories of lost loved ones stay with us, and can serve as protection and guidance when life becomes frightening or we meet enemies. That we lose our loved ones, but they never lose us. The stories we are living are influenced and shaped by the ... 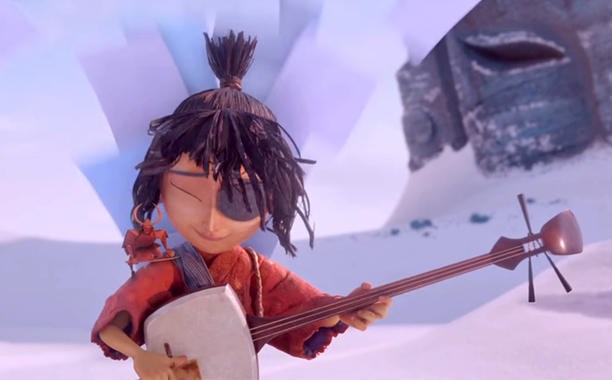