What is there to say about Sausage Party? A surprising amount.

It's being touted as the first R-rated computer-animated film, and boy does it earn the rating. Innuendo, profanity, drug use, racial slurs, and graphic sex (insofar as food items can have graphic sex) are all part of the film. I don't expect many CT readers will go to see it. (I cannot repeat this strongly enough: do not bring your children.)

But like earlier efforts by Seth Rogen and Evan Goldberg like This Is the End and Preacher, it's also oddly . . . theological? (Some plot spoilers ahead.)

The film starts with a hymn to “the gods,” sung by the food in the supermarket as it opens in the morning. The aforementioned gods are the shoppers, by whom the food items desperately wish to be “chosen” to go to the “great beyond.” Frank, a sausage (voiced by Rogen), and his bun girlfriend Brenda (voiced by Kristen Wiig) desperately hope to be chosen together on red, white, and blue day so they can finally, uh, be together. They fool around through their packaging.

So we start with a sort of culinary Calvinism with a strong Puritan streak. But then everything goes sideways. Brenda the bun—a true believer, if there ever was one—is convinced that they are being punished by the gods for “touching tips.” The food items begin to make uncomfortable discoveries about reality, the biggest of which—no surprise to us—is that the “gods” actually have cruel designs on them and the great beyond is anything but great. It turns out the “nonperishables” (whiskey, Twinkies, and so on) made up the story of the great beyond in order to keep the food happy instead of screaming from anticipation ... 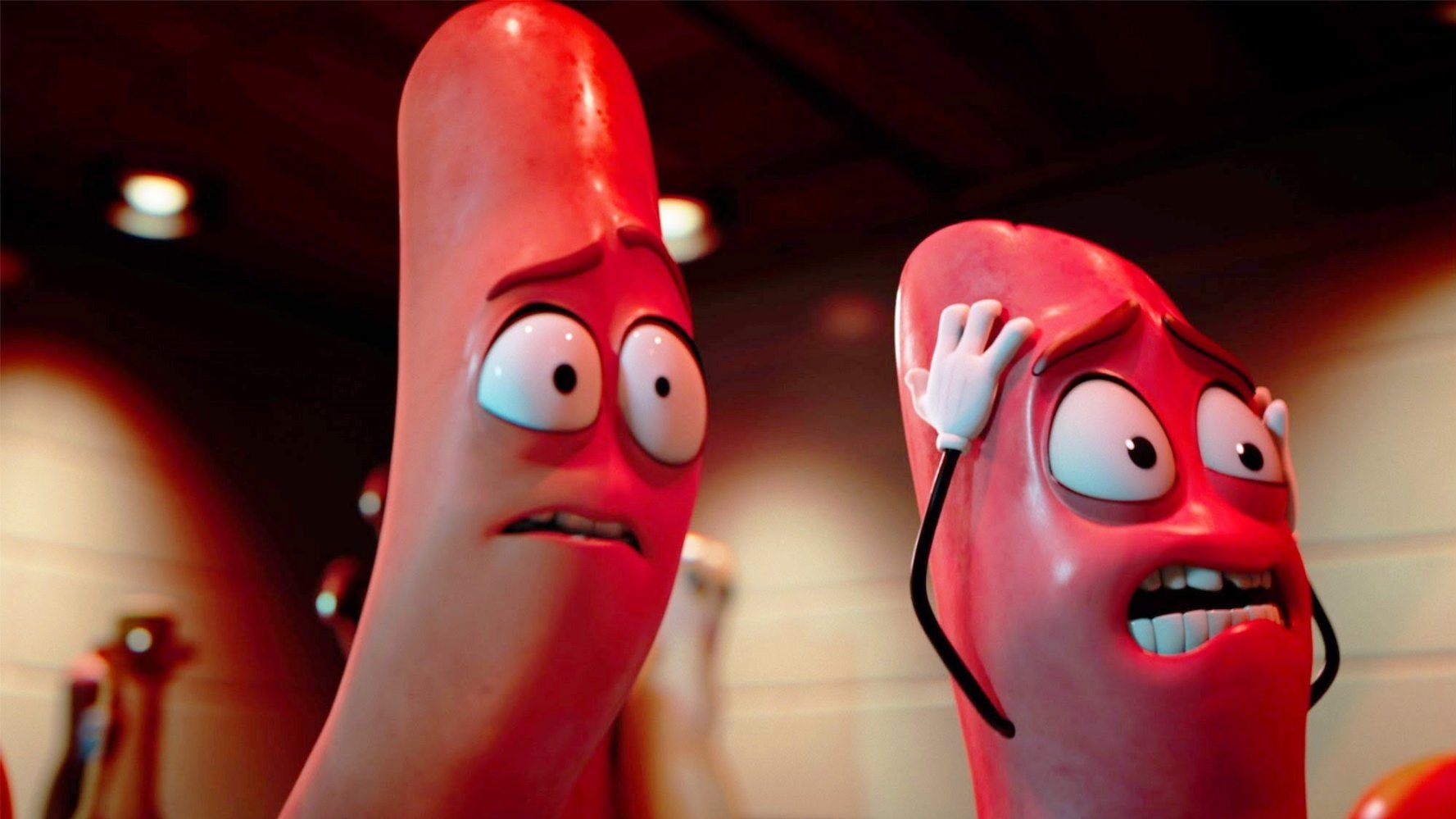