When one of the world’s top Greek scholars at a top university spread “first and second century” New Testament manuscripts on top of his office pool table, my colleague and I about fainted.

Surrounded by classical busts, Egyptian funerary masks, and a pile of medieval binder fragments, we stood mesmerized in the office of Dirk Obbink at Christ Church, Oxford. The “First-Century Mark” saga began. It’s still playing out.

Over the last eight years, we learned that much was not as it seemed. There seemed to be a manuscript fragment of a gospel dating to the first decades of the church. Not quite. The manuscript seemed to be for sale. It wasn’t, really. Now the world knows there were four early gospel fragments “for sale,” and at the helm was an esteemed professor, transitioning these days into a sort of Sir Leigh Teabing of Da Vinci Code lore.

Like the Harry Potter “moving staircase” at Hogwarts, filmed across in the Bodley Tower viewable from Obbink’s window, what was to unfold over the next several years would seem illusory for outside scholars and became sensationalized in the press. The sudden appearance of these manuscripts was dizzying even for the experts and owners, temporary and otherwise.

Scott Carroll and I, the two founding scholars for the Museum of the Bible, were there—we thought—for another research discussion. These were always enjoyable though long visits. As we were about to leave Obbink’s office, he stood and said, “I have something you two might like to see.” He pulled out a manila filing envelope and opened Pandora’s Box. He showed us four papyrus pieces of New Testament Gospels identified as Matthew ... 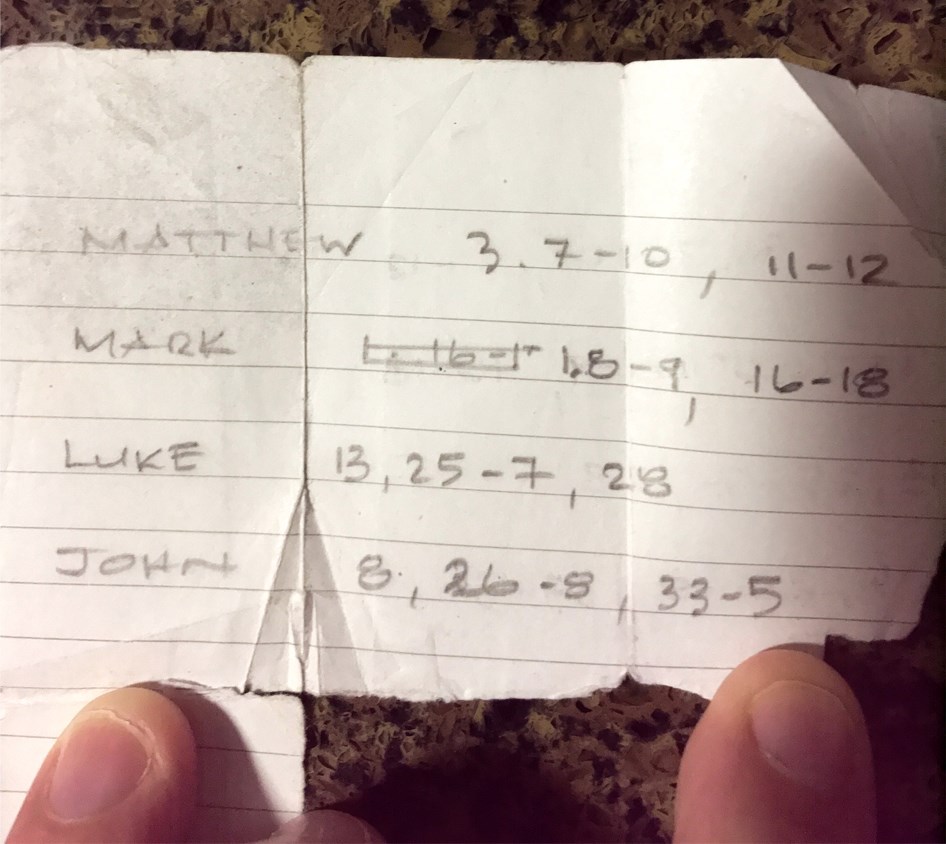