This article is the first of a four-part series based on the upcoming book by Marvin Olasky and Leah Savas, The Story of Abortion in America: A Street-Level History, 1652–2022.

Pastors falling into sordid sin and trying to cover it up. That’s a recent news story and a 19th-century one as well. Americans then expected pastors to be trustworthy. When they were not, and even used abortion as a cover-up, newspaper readers groaned and said, “There oughta be a law”—and soon there were. Three clergy-propelled abortions in particular stand out for their legal impact.

The first saga, in 1820, starred Ammi Rogers, a middle-aged Yale graduate and Episcopal clergyman in Connecticut. He seduced Asenath Smith, the 21-year-old granddaughter of a dying church member, and then had her drink a potion that would purportedly cause an abortion—but it did not. The next step was his use of a “tool” of some kind, which caused bleeding, intense pain, and then delivery of a dead child. That led to Rogers’s arrest and a trial that displayed, according to The Norwich Courier, the clergyman’s “baseness and cold calculating depravity of heart.”

In those days, jury members often proceeded by “common law,” not a specific statute. Everyone knew abortion was wrong, and books by doctors had noticed and attacked the growing threat as more young people moved to cities away from familial supervision. One doctor, John Bums, criticized those who viewed “abortion as different than murder,” and another, Dr. John Beck, those who “stifle the birth in the womb.”

Jurors, though, did not have clear evidence for a verdict of murder, which was a hanging offense, so they found Rogers guilty of giving Asenath “pernicious drugs.” He received a two-year sentence in Norwich’s jail, not the much-feared Newgate prison.

Connecticut legislators wanted to authorize more severe punishment, so they passed in 1821 the first state law against abortion: Anyone who would “cause or procure the miscarriage of any woman” could be imprisoned for life in Newgate.

The Rogers case received coverage in Connecticut and New York. In 1833, an even more sensational case on the Massachusetts–Rhode Island border received nationwide coverage. Ephraim Avery, a 33-year-old married Methodist minister, impregnated Sarah Cornell, an unmarried 30-year-old millworker estranged from her family. She then committed suicide or was murdered. 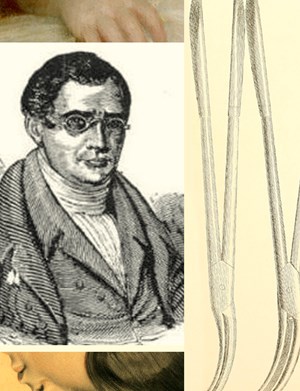 Dozens of newspaper stories and eight short books recounted her travails in the nine mill towns where she worked in a dozen years of loneliness. Journalists emphasized the danger facing young women, especially if (like Cornell) they “had the curse of beauty” and attracted men “amusing themselves at the expense of young women.”

Cornell’s life as a rolling stone left her “without friends and natural protectors” or a proper outlet for her “affectionate and confiding disposition.”

Cornell had told people that Avery was the father of her baby. Because Americans held pastors in such high esteem, reporters reflected public shock that Avery had “converted the temple of the most high God into a detestable brothel.” Another wrote, “Heaven will reap its vengeful curses on the wretch.”

After 16 hours of deliberation, the jury found Avery not proven guilty, since Cornell had confessed “unlawful intercourse with several men.” The evidence to link Avery to the abortion was insufficient. Still, he had to leave the ministry, and pro-life advocates once again used a scandal to gain support, with five more states passing protective laws during the next several years.

By 1865, unborn children had wide protection, but adultery (especially in wartime) was common. Illinois pastor James Jaquess, 46 and married with two children, hired a doctor to perform an abortion on his young mistress in Kentucky, Louisa Williams. Officials arrested and arraigned Jaquess for “procuring the death” of Williams and “procuring the death of the child” within her.

Newspapers across the United States reported his arrest because Jaquess had been a friend of Abraham Lincoln and the organizer of the Union Army’s “preachers’ regiment,” one made up largely of ministers. 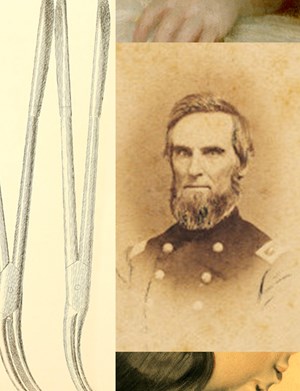 The Jaquess trial, delayed several times because of illness and the absence of crucial witnesses, was in the headlines in mid-May 1866, one week before the US Senate debated the 14th Amendment, which stipulated that state governments cannot deprive any person of life, liberty, or property without due process of law.

Senators read the Daily National Republican, published in Washington with a front page stating that Jaquess was “in disgrace.” As Republicans pushed for passage of the amendment, journalists criticized Jaquess and also the “demons of society,” abortionists.

Senator Jacob Howard, the amendment’s sponsor, said the 14th Amendment would “protect any person,” even the weakest and most despised. The 1864 edition of Noah Webster’s American Dictionary of the English Language defined “person” as “a living human being; a man, woman, or child; an individual of the human race.” Doctors proclaimed that unborn children were living human beings from conception.

The amendment’s primary sponsor in the House, Ohio Representative John Bingham, had gotten his political start in 1846 as a district attorney south of Cleveland, so he was almost certainly aware of abortion tragedies over the years, including two local victims in 1864, Flora Jones and her unborn child. The Cleveland Daily Leader had attacked abortion and concluded, “The fiends in human form who would commit it or wink at it, deserve the utmost penalties of the law.”

It might seem strange, especially since Jaquess was in the news, that no one in the congressional debates suggested or specified that “person” includes unborn child—but the talk of the Senate was the May 1–3 Memphis massacre. In that tragedy, mobs of white residents killed 46 Black people and burned down all 12 of the Black churches and schools in Memphis. State and local officials led the mobs. Memphis City recorder John Creighton urged whites to “go ahead and kill every damned one of the n— race and burn up the cradle.”

Northern Republicans were incensed: For the Civil War to not have been in vain, the Constitution needed an amendment that would protect individual rights not only against the national government but against state officials as well. The emphasis was on protecting Black lives—but legislatures in Ohio, Kansas, Missouri, Nebraska, New Jersey, Oregon, Vermont, Florida, Illinois, and Michigan, just before or soon after their ratification votes, also passed or bulwarked pro-life laws.

It’s ironic that US Supreme Court Justice Harry Blackmun in Roe v. Wade based a national right to abortion in the 14th Amendment’s guarantee of “liberty” and ignored the right to life’s prominence in 1866.

What happened to pastor James Jaquess, whose infamy contributed to the pro-life mood? Witnesses testified to his adultery, but without an eyewitness to Jaquess doing the actual “procuring” of abortion, the jury reluctantly declared him not guilty.

Jaquess’s wife and the Illinois public, though, found him guilty: She left him, and Jaquess didn’t show his face in the state ever again. He went south and failed at growing cotton. He then headed to England and became involved in a scam that led to a 20-month British prison sentence. The despised minister died in Minnesota in 1898.

Today we sometimes name laws after victims. Megan’s Law and Jessica’s Law were reactions to terrible sexual violence. American abortion history is like that: The laws that grew out of tragedies did not attach to personal names, but they were still attempts to keep what happened to one person from happening to many more.

Content adapted from The Story of Abortion in America by Marvin Olasky and Leah Savas, ©2023. Used by permission of Crossway, a publishing ministry of Good News Publishers.