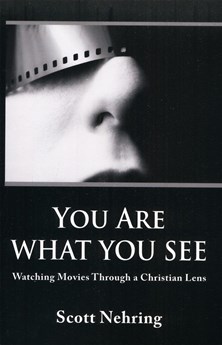 In a reasonable rant over at Relevant magazine, Scott Nehring asks the question, "Why Are Christian Movies So Bad?"

The brief essay, excerpted from his book,You Are What You See: Watching Movies Through a Christian Lens is long on stating the problem in terms we've heard before: Christian movies are "intellectually vacant," "disconnected from reality," and are known for "substandard production values, stilted dialogue and childish plots." He blames it not only on the filmmakers themselves, who are guilty of mediocre art (at best), but also the Christian audience, which he says should be more discerning and more demanding – of excellence, that is.

His concluding paragraphs, entitled, "So what can we do?", include a few platitudes that sound great – "we need great films," "we must demand quality" – but are short on practical suggestions and application. Nehring likely offers more detail in his book (which I haven't read), so I'll give him the benefit of the doubt; I'll assume he gets more specific in those pages.

He's right that Christians "must demand quality," but what's that look like? Does it mean that we shouldn't pay $10 to see a lame Christian film in the theater, or $18 to buy the DVD? And that we should spend our money on excellent films instead? Perhaps, but box office statistics alone don't really tell us much about excellence, or whether films are worth our while (no matter how some folks might interpret those numbers).

To me, the main thing goes back to something that producer Ralph Winter (the X-Men and Fantastic Four movies) told me a couple of years ago: There's simply no substitute for a great education at a first-rate film school, years of hard labor in the trenches with the best in the business (and yes, that likely means working side-by-side with pagans in Hollywood), and paying one's dues with lots of sweat, heartache, trial-and-error, failure, and dogged, unwavering persistence. There's simply no substitute for it.

True, God might clearly be leading you to make a movie, even a "Christian" movie. But without such a background, it's unreasonable to think you can make a great one. It's hard work, arguably the hardest of all the arts to master. And it takes time. Prayer and God's leading are great, but alone, they're no substitute for mastering the craft. That takes years.