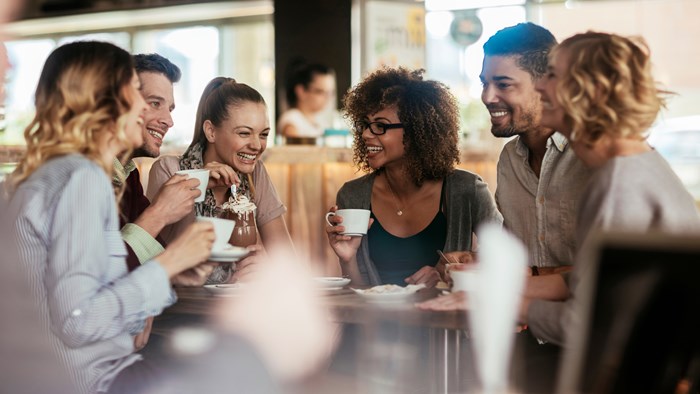 Hip-hop artist Lecrae’s decision this fall to leave “white evangelicalism” stirred up introspection among American Christians about race—and whether evangelicalism is reserved only for whites.

While many evangelicals of color may feel tired of “begging to be noticed, considered, and invited,” they are having an impact, recent research shows.

Of those that are white, 1 in 3 attends a multiracial church, reported another study, published in June in the Review of Religious Research.

Researchers Joseph Yi and Christopher Graziul dug into the more than 3,000 responses to the 2006 Faith Matters Survey, and found that more than a quarter of white evangelicals reported having a close Hispanic friend. Even more—about 2 out of 5—said they have a close friend that is African American.

In other words, evangelicals are now more likely than mainline Protestants to attend multiracial congregations and to report African American and Hispanic friends.

But Yi and Graziul dug down even further, splitting the more historical and influential evangelical church families (such as Presbyterians, Methodists, and Baptists) away from the less prominent and more recent ones (such as Pentecostals, Seventh-day Adventists, and nondenominational churches). The researchers found that American evangelicals divide roughly in half between the “major” and “other” categories of their study.

“In the US, six Protestant families (Episcopal, Presbyterian, Methodist, Lutheran, Baptist, United Church of Christ/congregational) largely defined religious practice in the 19th and early 20th [centuries], including the pattern of racially separate worship,” Yi and Graziul wrote. African Americans committed to Protestant theology formed their own denominations. Richard Allen founded the African Methodist Episcopal Church after leadership at his Methodist congregation removed him from praying in the "white" section of his church. Seeking to remove themselves from laws requiring white ministers and supervision over their congregations, black Baptist Christians in the south helped form the National Baptist Convention.

Based on this study, which uniquely separated denominations historically, denominations formed during and after the Civil Rights movement tend, then, to look a lot more racially diverse.

In the same way, congregations who distance themselves a little from the traditional denominations—such as Mosaic and Saddleback Church, both of which downplay their affiliation with the Southern Baptist Convention—tend to be more multiracial, the report said.

“Switching affiliation from Baptist to nondenominational, as did [Joel Osteen’s] Lakewood Church, symbolizes a break with a historically segregated, denominational family and the start of a ‘new’ church open to new practices and persons,” the authors wrote.

“Moreover, formal affiliation with historically major families may be tied to institutional practices that (inadvertently) reinforce homogeneity,” they added. “By cutting the affiliation, the nondenominational church reduces such practices.”

Therefore, “whether old (Adventists) or new (Lakewood), Christian organizations that distance themselves from major, denominational ‘brand-names’ are among the most racially diverse.”

So a major evangelical denomination seeking multiethnicity is disadvantaged by its history. But it also has an advantage: community.

The finding is somewhat counterintuitive, because social science also knows that “organizations with high levels of embedded trust and ties among members, or bonding social capital, tend to be socially homogeneous.”

That perspective would expect to see theologically conservative evangelical churches with less multiethnicity, the report said.

Social science isn’t wrong, but evangelicals are pushing against it by intentionally chasing multiethnicity, Yi and Graziul wrote. “To counter such homogeneity, some congregations, especially evangelical ones, promote a pan-racial, religiously-based identity … and actively recruit members of different races.”

Once recruited, members of different ethnic groups bond over their shared beliefs and develop strong friendships, the researchers said.

This trend is likely to continue, especially among younger Christians, Yi said.

“As a young immigrant who was neither racially black nor white, I saw the evangelical tradition from an outsider third perspective, and recognized how young persons of diverse races were transforming evangelical institutions: by adhering to strict biblical interpretations and engaging the modern world,” he said. “… I predict that evangelical persons and institutions shall engage more actively and in nuanced, constructive ways with our diversifying society.”