Faith leaders have a better shot than celebrities at changing the narrative about religion and science.
Rebecca Randall|December 18, 2017 09:32 AM 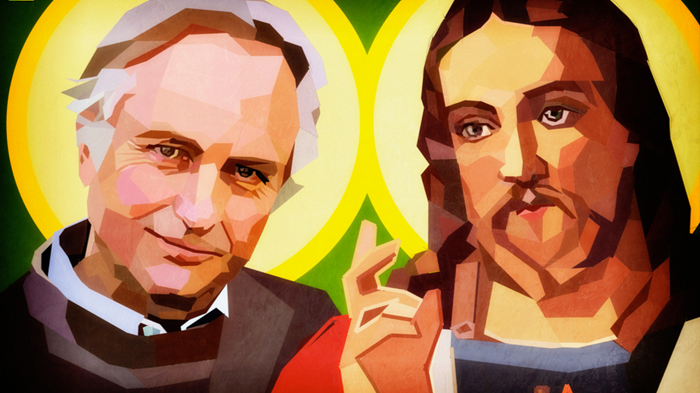 If you assume America’s laboratories and research facilities are filled with people who believe in the laws of science but not in God, you’re not alone. You’re also not correct.

About 36 percent of evangelicals think scientists are hostile to religion, compared to 22 percent of Americans overall, according to a 2014 study released by the American Association for the Advancement of Science (AAAS). Evangelicals who view science and religion in conflict are even more likely to see scientists as hostile to religion (42%) than those who view the two fields as collaborative (38%).

But there’s more to the story. It turns out perception weighs heavy in the science and religion debate, and many Christians are getting it wrong. Elaine Howard Ecklund, a sociology professor at Rice University, and Christopher Scheitle, an assistant professor of sociology at West Virginia University, wanted to get to the bottom of this misunderstanding. After all, they’d found that scientists aren’t usually hostile to religion—even if they don’t believe.

They asked everyday people about how they viewed elite scientific thinkers, whether as the Richard Dawkins, God-is-a-delusion stereotype or as fellow believers who bring their faith into their fields.

Their new book out this month, Religion vs. Science: What Religious People Really Think, synthesizes the results of data analyzed from the Religious Understandings of Science study, a nationally representative survey of 10,000 Americans. It’s the most comprehensive research to date on how Americans view religion and science, including hundreds of interviews with people of faith from 23 different organizations.

Ecklund and Scheitle found Americans in general are five times as likely to have heard of Dawkins, the evolutionary biologist and vocal atheist, than other high-profile scientists like physicist-geneticist Francis Collins, the director of the National Institutes of Health and an outspoken Christian. Only 3 percent of Protestants, including evangelicals and mainline congregants, were familiar with Collins.

The Dawkins effect—the idea that the British scientist’s fame (and notoriety in some Christian circles) would impact evangelicals’ view of the entire profession—is possible but still perplexing. Scientists aren’t the most well-known public figures in the US: Only about 1 in 5 Americans surveyed had even heard of Dawkins.

So if “famous” scientists only have so much influence, can everyday people in the scientific community impact how their friends and neighbors think of the profession? Turns out, evangelicals are about as likely as Americans on average to be friends with scientists (nearly a third count one among their five closest friends), even though they hold a more negative perception of scientists as opposing Christian faith.

“At first we could not figure this out: If you have close friends who are members of the scientific community, why would you think that community is hostile to your belief system? Conversely, why would you be close friends with someone who you think is hostile to your most deeply held beliefs?” wrote Ecklund and Scheitle. “We came to the conclusion that our evangelical survey respondents may think their friends are the exceptions.”

The researchers also explored religious people in scientific jobs rather than confining their study to scientists at elite universities. While university scientists remain less likely than the average American to have a religious affiliation, those with “rank-and-file” science careers aren’t so different than those outside the field.

For professions like doctors, nurses, engineers, and others, Ecklund and Scheitle reported that the percentage of evangelicals, mainline Protestants, and Catholics working in those professions reaches about 3 percent or 4 percent, not much different from the general population. But when you look at the percentage of those working in science fields by religious identity, most are religious. Only 24 percent are unaffiliated, while 65 percent identify as Christians, with 24 percent being evangelicals.

The findings align with other data indicating that even though Protestants and Catholics would recommend students pursue careers to become physicians or high school chemistry teachers, they are much less likely than the general population to endorse a career in biology or physics.

Could it be that faith has a greater impact on how Christians view scientific research than how they apply that research in scientific careers? Research showed that believers tend to focus on practical application.

Only 12 percent of evangelicals and 16 percent of mainline Protestants strongly agreed with the statement, “Scientific research is valuable even when it doesn’t provide immediate tangible benefits.” Evangelicals report the lowest interest in new scientific discoveries (22%) compared to the general population (31.5%). When researchers changed the question to “new medical discoveries,” evangelicals were just as interested as the general population (around 40%).

Ecklund and Scheitle concluded that basic science doesn’t have as strong a connection to the values of their religious traditions.

“For instance, if your faith tradition emphasizes the importance of life or the importance of helping other people, then ‘physician’ might be more easily seen as a ‘spiritual’ profession than ‘biologist,’ even if both actually serve to promote the values of your faith,” they wrote.

According to the study, evangelical scientists themselves are significantly more likely to view science and religion as being in a collaborative relationship than either of their identity groups: scientists or evangelicals.

For Christians to go beyond the prevailing narratives on the relationship between science and religion, it will start with these Bible-believing, research-believing scientists.

The church needs “faith leaders to celebrate the scientists within their congregations,” said Ecklund and Scheitle, “and they need these scientists to speak out about how scientific knowledge is not a threat to their faith.”