The country loses an estimated $130 million in aid by expelling 18 international charities.
Asif Aqeel in Lahore|December 20, 2018 08:51 AM 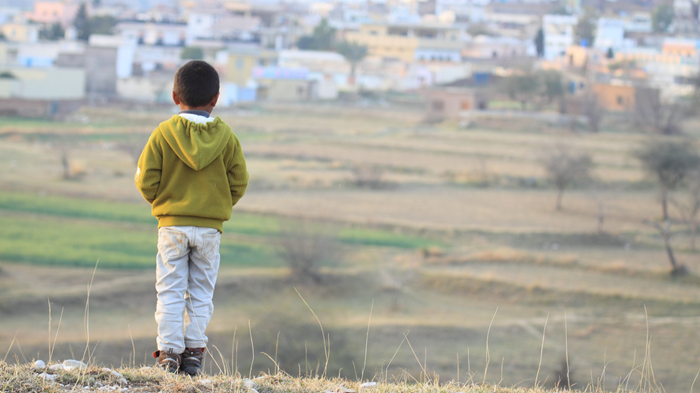 Pakistan has told 18 international organizations, including the Christian charity World Vision, to pack up and leave. Their departure will affect millions in poor communities across the country, the sixth most populous in the world.

Church leaders—who represent a small Christian minority in the Islamic Republic (1.5% of 210 million people)—support regulations for non-governmental organizations but want groups backed by national churches to be allowed to continue operating legally.

World Vision served more than a decade in Pakistan before the country formally joined its Asian neighbors like India, Russia, and China in restricting international involvement, claiming security concerns. In the midst of a struggling democracy and sagging economy, most Pakistanis prefer to seek aid from China and Saudi Arabia rather than Western countries.

A year ago, 27 international organizations were given expulsion orders, but 18 groups, including World Vision, continued operating while they appealed the decision. The Interior Ministry stated the organizations had violated their mandates to work in the country. Last month, a senate human rights committee pushed for more detail, requesting officials “inform international non-government organisations (INGO) the reasons why they could not be registered.”

After the government gave its final notice, November 30 was the last working day for the 18 organizations, which come from the US, UK, and elsewhere in Europe.

Pakistan Humanitarian Forum, an umbrella representing most of the charities, says that the evictions will affect 11 million people and represent $130 million in assistance. In addition to World Vision, two other ousted charities were also faith-based, Catholic Relief and Trócaire, a development ministry out of the Catholic Church in Ireland.

“We complied with the 60-day deadline given to wind up our work with children, families and communities in the country,” said an official statement from World Vision. “We worked with Pakistan government institutions to hand over responsibility for life-saving and poverty-reducing programs.”

World Vision began its operation in Pakistan in 2005, focused on emergency relief and development. Over the past few years, the group expanded its programs and “aimed to provide about 800,000 children and youth, directly and indirectly, with access to education, protection, sustainable income generation, health care, food, and better care within their homes and communities.”

The Christian humanitarian organization, which had 31 staff based in the country, struggled for two years to formally register and went through a nine-month appeals process. Their efforts were funded by a multi-country grant from Canada focused on health and a US grant focused on community-building.

“World Vision regrets the effect that the cessation of our work will have on the vulnerable communities with whom we worked, but respects the government’s right to decide who may work in the country,” according to its statement. “It will continue to discuss the possibility of re-starting work under any new legal framework which the government may subsequently introduce.”

Federal Human Rights Minister Shireen Mazari insists only these 18 have been forced out for not complying with their “stated intent,” while at least 80 organizations have been able to re-register. She tweeted that some of the expelled organizations had “no projects on the ground beyond seminars, discussions & free trips abroad.”

World Vision Pakistan had reported conducting several major relief responses, including following earthquakes in 2005 and 2015; floods in 2007, 2010, 2011, and 2012; internally displaced persons crises in 2009 and 2012; and a measles outbreak in 2013. The organization operated in Punjab and Sindh, offering computer science education to youth and services around maternal and newborn child health.

Earlier this year, as the South Asian nation’s economy worsened, the US cut military aid and placed Pakistan on a “Special Watch List for severe violations of religious freedom.” An intergovernmental task force in Pakistan criticized its anti-money laundering and terrorism financing regime, and by January, Pakistan will have to demonstrate capacity to seize properties of religious terrorist organizations that are banned by the US and the United Nations.

“International organizations could have been instrumental in this critical economic situation if Pakistan had put them in some legal framework to bring them in discipline,” according to Khan, who is based in Islamabad.

“But rather than following a legal pathway, the Pakistani government has gone for the kill. They have thrown out the babies with the bath water,” he said. “Non-government organizations have played a key role in democratic governance by providing parliamentarians with research and technical expertise. These organizations have also been instrumental providing innovative models of microeconomics, governance, and human rights.”

According to Church of Pakistan moderator Humphrey Peters, World Vision had intended to partner more closely with the church.

“The government of Pakistan must regulate and monitor non-government organizations. But international Christian organizations should be allowed to operate, provided local churches stand as a guarantee to them,” said Peters, whose church represents Anglican, Methodist, and Reformed communities in Pakistan.

After a history dominated by dictators, Pakistan has experienced two democratic transitions in a decade. The Tehreek-e-Insaf (PTI) party came in power only three months ago, with Imran Khan, a former cricket star, as prime minister. Especially those who criticize the new government remain suspicious of Pakistan accepting Western funding. (Khan’s government recently took a bold stand by acquitting Asia Bibi of blasphemy last month and charging defiant clerics who called for the judges’ deaths with sedition and terrorism.)

In addition to assisting in disaster relief and offering health and education services, international organizations like World Vision have played a crucial role supporting local civil society organizations in a fragile democracy. These local groups provide a platform to defend the marginalized—including Christians and other minority faiths—against human rights violations, and they largely rely on foreign funding.

The recent expulsions follow a string of regulations around visas, donor personnel visits, registration and taxation requirements, and other means of government approval for local organizations to operate.

“The state simply doesn’t trust these NGOs, as innocuous as their activities may be,” Michael Kugelman, senior associate for South Asia at the Wilson Center, told NPR.

Globally, suspicion toward foreign non-governmental organizations is rising, with more governments placing restrictions on their work, according to A mnesty International. A 2016 report found that staff were arrested in 68 countries, threatened or attacked in 94 countries, and killed in 22 countries.

After several years of welcoming non-governmental organizations to aid in relief and development work, the climate in Pakistan changed in 2011, following the raid killing Osama Bin Laden. Save the Children was accused of gathering data from the town where Bin Laden was hiding.

After that, the government revised its legal framework, canceled registration for all international organizations, and started fresh with 143 applicants in 2015. The process eventually led to the recent appeals and expulsion affecting World Vision and others. Their departure represents a lost opportunity for both socioeconomic growth and human rights progress, according to Khan.

“There is a possibility to make these organizations partners in the development process,” he said. “With more gags on civil society organizations, Pakistan is going to lose citizens’ pressure on government institutions for performance and excellence.”