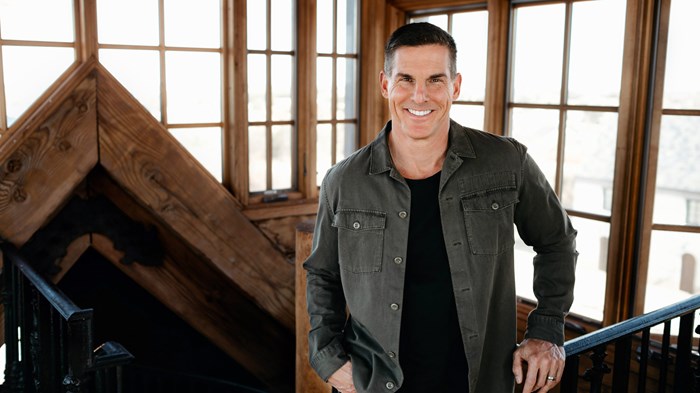 Life.Church pastors Craig Groeschel and Bobby Gruenewald are being quarantined by local health authorities at home in Oklahoma after being exposed to the new coronavirus at a leadership training conference in Germany.

Groeschel was a featured speaker at Willow Creek Deutschland Leitungskongress 2020, which took place Feb. 27–29 in Karlsruhe, in southwest Germany. He attended the meeting with Gruenewald, Life.Church’s pastor of innovation and the founder of the popular YouVersion Bible app.

The conference, which had about 7,400 attenders, was cut short after one presenter became ill with COVID-19, according to organizers. COVID-19 is the disease caused by the new coronavirus. As of Wednesday, more than 87,000 cases of the illness had been reported globally, according to the World Health Organization.

Groeschel and Gruenewald learned of their need to be quarantined while traveling back to the US. The two went into quarantine for 14 days after returning to their homes in the Oklahoma City suburbs, where they have had no direct contact with church members or their families.

Neither has shown any symptoms of COVID-19.

“Pastor Craig and I are at home and healthy,” Gruenewald, innovation leader for Life.Church, told Religion News Service in a statement. “While en route home from Germany, we were made aware of the situation at the conference. We immediately notified health authorities and have followed every recommendation. Out of an abundance of caution, we have been isolated in our homes the entire time, even limited from interaction with our families. We have no symptoms, and someone is checking on us regularly.”

Life.Church, which ranks as one of the biggest churches in the country with 34 campuses spread over 10 states, said it already has protocols in place to keep attendees healthy during flu season. The church is evaluating whether additional precautions are necessary, though Groeschel and Gruenewald themselves seemed determined to downplay their situation: The terms “coronavirus” and “COVID-19” were notably absent from the pastors’ statements.

Despite remaining active on social media, neither have posted about their quarantine.

Gruenewald said he and Groeschel remain in good spirits despite their isolation. “We’re making the most of this time to focus on ministry work and even doing some extra situps and pushups.”

Groeschel, whose book Fight made the New York Times bestseller list in 2013, serves as “champion” for the Global Leadership Summit, hosted each summer by Willow Creek Community Church, the influential Chicago area megachurch. He became the public face of the training conference after the retirement of Bill Hybels, Willow Creek’s founder.

“The significant point is the German Leadership Summit was prematurely ended as a precaution and currently it is proving to be the right decision,” said Tom De Vries, president and CEO of the Global Leadership Network, which organizes the summer event held at Willow Creek and other similar events in other countries.

“While disappointing, the participants at the Summit were appreciative of the time we experienced together, the protective steps taken to ensure the safety of the more than 7,400 people attending live in Karlsruhe, and were prayerful for those affected by contact with the speaker as well as the speaker himself.”

Scott Thumma, professor of the sociology of religion at Hartford Seminary, said megachurches like Life.Church are well prepared to deal with the absence of their pastor from worship.

Since the church has more than one site, the preacher often appears by video during services. And if he wanted, Groeschel could preach from quarantine, said Thumma, who studies megachurches.

Life.Church and similar megachurches also have extensive small group networks, where congregation members meet during the week, he noted. If there were a health crisis, they could keep doing church without the large group gatherings.

Many megachurches already stream their services online and have online giving and ways to share prayer requests online, said Thumma. And unlike liturgical churches, where congregants need to be present to partake of sacraments such as Communion, megachurch congregations can still worship without being in a church building.

So they could deal with health concerns and still do church.

“They could worship online for a month and not miss a beat,” he said.

Megachurches also have sophisticated security and safety practices and could easily take steps to reduce the risks of spreading the coronavirus, he said.

Because Life.Church’s congregation is split into many smaller campuses—rather than one large auditorium—there’s likely less risk of a virus spreading to large numbers of people.

A megachurch in South Korea is suspected of contributing to the spread of the virus in that country. Government officials have linked a number of cases in South Korea to the Shincheonji Church of Jesus, according to The Wall Street Journal.