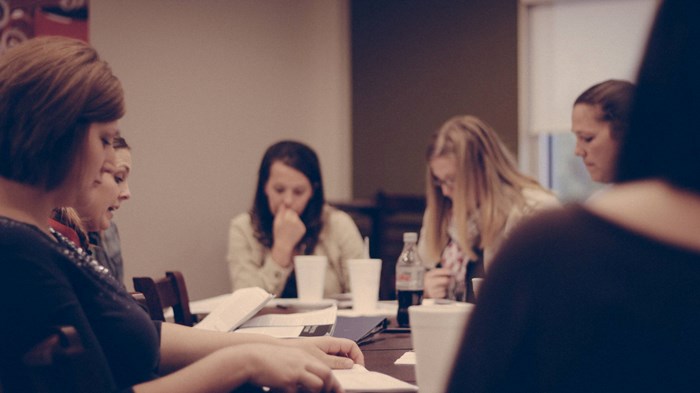 Preparing a message of biblical exposition isn’t a task confined to one gender, even for complementarians. So more programs are training women to teach with their own versions of the preaching classes that have long been reserved for men.

This semester, Southern Baptist Theological Seminary (SBTS) started offering Biblical Exposition for Women. The class is the first of its kind; ever since the Conservative Resurgence in the 1990s, the seminary has made a distinction between preaching classes for men and teaching classes that are open to women.

“God is raising up women with burdens to be equipped to teach,” said Hershael York, dean of the school of theology at SBTS and a preaching professor who teaches the newly formed class. “Having a good hermeneutic, solid exegesis, and putting [a message] in a form people can engage and apply is the same preparation process whether you are a man in the pulpit or a woman teaching a Sunday school class.”

Male and female students in SBTS’s graduate programs can take Christian Teaching, which includes how to design an instructional plan for teaching the Bible and other matters of Christian doctrine and living. For decades, York’s male-only preaching class has helped prepare pastors to preach.

He recently crafted a version for women, which enrolled 90 students this semester. Biblical Exposition for Women, an elective for seminary students, focused on message preparation without the pulpit-ministry training included in the male-only preaching class.

“York’s class is gifting me with the confidence to interpret Scripture and a process to know how to prepare to teach the Scriptures to others,” said Carrie Kahoun, a high school music teacher in Kentucky, who’s enrolled in the class as part of her MA in theological studies. 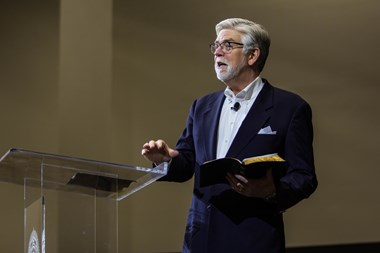 Kahoun attends seminary to strengthen her ability to serve the local church, not through vocational ministry but as an equipped volunteer.

Women at Southern Seminary and several other complementarian programs had similar motivations for learning to teach the Bible. All said they wanted to know how to study God’s Word more deeply. Many want to serve at their local church, some want to teach in the academy, but none had ambitions for pulpit ministry.

“A few radical fringe complementarians say, ‘Oh, look! Southern Baptists are training women pastors!’” York said. “If that’s what the women in the class wanted, they wouldn’t be at Southern.”

The school, like fellow Southern Baptist Convention (SBC) institutions, ascribes to the Baptist Faith and Message, which limits the office of pastor to qualified men, while affirming that “both men and women are gifted for service in the church.”

The Holy Spirit distributes spiritual gifts as he wills (1 Cor. 12:11)—to both men and women (Acts 2:17)—for the common good of the church.

“Sometimes complementarian institutions and pastors act a little bit out of fear that if they equip women, then women will necessarily take on a role that God has not given them. That’s just not true,” said York. “Women who are complementarian in conviction want to [teach] in the proper place with the proper methodology. … The study of Scripture and the love of theology can’t be limited to just one of the two genders.”

Other SBC schools already teach message-preparation classes for women. SBTS’s lag might be due to the faculty’s not recognizing the value and advocating for a Bible exposition class for women—until York’s new course.

In the past five years, SWBTS also established the Southwestern Women’s Center, the Women’s Leadership Institute, and a chapter of the Society for Women in Scholarship and added Women’s Ministry and Women’s Studies concentrations at the MDiv and MA levels.

“Women coming up haven’t experienced all the cultural boundaries as others before. And I have seen an increase in the conversation about what roles women can fulfill … since I started at Southwestern 20 years ago,” Stovall said.

Seminary enrollment among women is up nearly 20 percent over the past decade, according to figures from the Association of Theological Schools (ATS). SBC seminaries—which include five of the ten largest seminaries in the country—likewise have seen more women in their degree programs.

SWBTS grad Jacki C. King says Southern Baptist churches, under Article VI of the Baptist Faith and Message, have the autonomy to establish where and when women teach. Sandra Glahn, a Dallas Theological Seminary professor, has identified up to five different views on women’s leadership among complementarians.

“I wanted to go to seminary to learn how to better teach the Word,” King said. But when she started at SWBTS, her degree shifted to include sewing coursework (part of the now-defunct homemaking concentration). “I can go to the YMCA or ask a woman at church to teach me sewing.”

She opted to attend a different SBC seminary but finished at SWBTS after the degrees for women shifted back toward equipping women to handle the Scriptures in preparation for ministry.

King is now part of the SBC Women’s Leadership Network, which began in 2019. “In the past, women in SBC leadership felt disconnected and isolated,” said King, who serves on the steering committee. “It’s time to change that.”

Plenty of women serve and lead without a degree, but more are attending Southern Baptist seminaries for formal training.

At Midwestern Baptist Theological Seminary in Kansas City, the number of women in degree programs grew fivefold over the past decade. At Southeastern in Wake Forest, North Carolina, female enrollment is up 88 percent in doctoral programs and 43 percent in master’s programs in the past five years.

At the evangelical Dallas Theological Seminary, enrollment has gone from 30 percent to 40 percent female. The Expository Preaching classes have long been available for both men and women—and women may also take Women Teaching Women, a class focused on message preparation that includes women’s ministry skills.

“Seminary taught me how to study the Bible and how to understand authorial intent. Without biblical training, I have seen some incredibly gifted women teach false doctrine,” said DTS grad Jodie Niznik, a Bible study author and the host of the So Much More podcast. “I also know strong women teachers who do not go to seminary, but training women to exegete Scripture, however they receive the training, is essential.”

“There is no difference in content. The only difference is instructors,” wrote Colleen McFadden, director of women’s workshops in an email to CT. “Our participants at women's workshops are women Bible teachers, so we like to give them examples of capable and intelligent women who do the same in their churches—instructors who can lead in teaching and training how to teach the Bible.”

And this year, Lifeway—the publishing arm of the SBC—announced the launch of a new academy for women to take courses in Scripture without the same demand of a seminary class.

The program, scheduled to launch in October, is designed for “teachers, entrepreneurs, moms, influencers, students, ministry leaders, and more.”

“Have you ever sat in a Bible study and thought, I’d really like to know more about how this teacher learned all of this? Or maybe you’ve considered going to seminary, but you’re not sure you can commit to homework, a class schedule, or working toward a diploma at this time. Or perhaps you did go to seminary, but it’s been a few years and you’re feeling rusty when it comes to theological terminology and practices,” the announcement read.

“We want to fuel the ministry of women just like you in churches around the world by helping you to treasure biblical truth for yourself.”