US Religion Census finds independent congregations have surged in the last decade.
Daniel Silliman|November 16, 2022 11:30 AM
Français 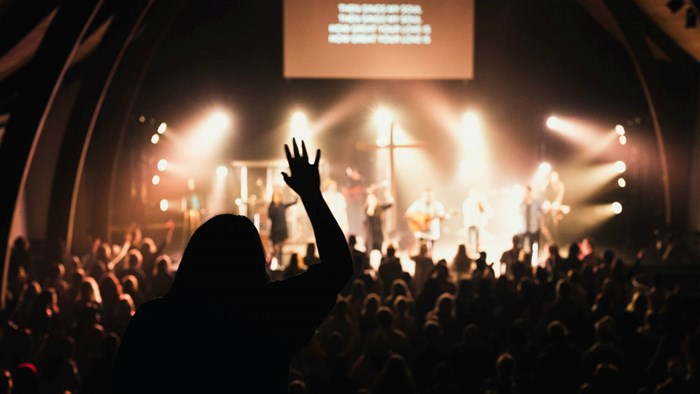 Call it the rise of the nons.

Not the “nones,” who have commanded attention for years, as the number of Americans who don’t identify with a specific religious tradition has grown from just 5 percent during the Cold War to around 30 percent today. This is the nons—nondenominational Christians, people who shake off organizational affiliations, disassociate from tradition, and free themselves from established church brands.

The number of nondenominational churches has surged by about 9,000 congregations over the course of a decade, according to new decennial data released by the US Religion Census. Little noticed, they have been quietly remaking the religious landscape.

If “nondenominational” were a denomination, it would be the largest Protestant one, claiming more than 13 percent of churchgoers in America.

“The two biggest stories in American religion are the nones and the nons,” said Ryan Burge, professor of political science at Eastern Illinois University and an expert in religious demographic data. “We are in a transitional period for Protestant denominations.”

Nondenominational Christians don’t show up in the polls that sample and survey American religion, because people don’t think of “nondenominational” as an identity. They are more likely just to say “Christian,” or perhaps “Protestant.” If prompted, they might specify whether or not they think of themselves as evangelical or born again. But few if any say “nondenominational.”

The US Religion Census catches the growing number of nondenominational Christians, however, because it is an actual census, with teams of people counting congregations and collecting reports of the number of people attending particular churches. Since the National Council of Churches started the project in 1952 and the Association of Statisticians of American Religious Bodies revived it in 1990, the decennial tally has become the most official count of religious groups in America.

In 2010, the US Religious Census identified 35,496 independent congregations without any formal denominational affiliation. The lead researcher, Scott Thumma, told CT there were almost certainly more than that, but it was the most precise count anyone had done to that point.

Using the same method in 2020, the US Religious Census team found 44,319 nondenominational congregations, with an estimated 21 million adherents. That makes nondenominational Christians the first or second largest group of Protestants in America, depending on how one counts. The Southern Baptists have about 7,000 more churches, but 3.4 million fewer people.

The next largest Protestant group, the United Methodists, can only claim about half the number of people as Southern Baptists, and the denomination has lost a number of congregations in an ongoing church split since the Religion Census tallied at total of 30,051 in 2020.

Thumma, one of a few experts and close observers who have noted the nondenominational growth over the past decade, said he thinks there are several factors driving what he describes as “individualism at the congregational level.”

“It is an evangelistic advantage,” Thumma said. “A potential attender at a nondenominational church doesn’t have cultural expectations of what they might find inside the way they do if the brand is Episcopalian or Assemblies of God or Southern Baptist. Rather, the visitor has to experience the worship firsthand.”

That may be especially helpful for evangelicals who are concerned the term evangelical has become toxic.

“Whether this is due to ties with Christian nationalist rhetoric or [former president Donald] Trump and the Republican party, I’m hearing folks all over trying to find more suitable language to describe themselves than evangelical,” Thumma said. “As if the brand is tarnished beyond a repolishing.”

The growth of the nons has also been supported by an ecosystem of publishers and parachurch organizations that produce nondenominational religious content. Historically, denominations supplied churches with music, Sunday school curricula, and Bible study curricula. They also arranged mission and service trips. But that has changed, and congregations are more likely now to shop around.

Today even some denominational churches end up being “functionally nondenominational,” Thumma said, “defecting in place or quiet quitting … and crafting their own local brand.”

The Anglican Church in North America, despite emerging as the most prominent of the many groups that separated from the Episcopal Church, declined from 913 churches to 873.

Other denominations grew, but also not by a lot. The Southern Baptist Convention and the Assemblies of God increased by about 500 congregations each. The Presbyterian Church in America added about 100; the Church of the Nazarene, 100; and the Evangelical Free Church, 250.

Some Black Protestant churches have seen modest growth too. The Church of God in Christ added more than 300 congregations between 2010 and 2020. The Christian Methodist Episcopal Church grew by about 150, and the Full Gospel Baptists by about 100.

The census data captures the religious landscape right at the start of the COVID-19 pandemic, according to Cliff Grammich, chair of the statisticians’ association committee that undertakes the decennial count. Some information may have come in a little before and some after religious organizations started to feel the impact of pandemic. The 2020 report will serve as a benchmark for later studies of any long-term effects.

“Increasing affiliation or disaffiliation in response to the pandemic and its aftermath will take time,” Grammich said.

Because the census counts congregations, the data also shows regional differences more clearly that most religious polls. Roman Catholicism, for example, which has grown at least in part with immigration from Latin America, has shifted south and west. There are individual congregations in Nevada, Arizona, and California that claim 6,000 to 10,000 adherents, though those people likely don’t show up at every Sunday mass.

Florida and Texas have both seen growth in the number of religious people, which seems related to their increase in population. On the other side of the country, religious adherence is declining in the Upper Midwest.

The data shows that many counties have seen about a 5 percent decrease in actively religious people in the course of a decade.

“Which is probably not perceptible to the average resident,” Burge said. “For most of America, it’s relative stability.”

As the nones and nons continue to grow, though, observers may be forced to revisit some of the common explanations for changes in religious affiliation. The late Rodney Stark’s idea about “cultural tension,” for example, has been used a lot to explain the decline of left-leaning Protestant churches and the numerical success of evangelical congregations. But that thesis—long met with skepticism by experts in the field—doesn’t fit with county-level data about religious diversity or account for the recent evangelical fluctuations and the many Christian congregations slipping free of denominational identity.

Whatever the explanation, it’s clear the nons are growing, just like the nones. And in the coming years, it’s likely more Protestant churches will leave denominational names behind.

‘Nondenominational’ Is Now the Largest Segment of ...