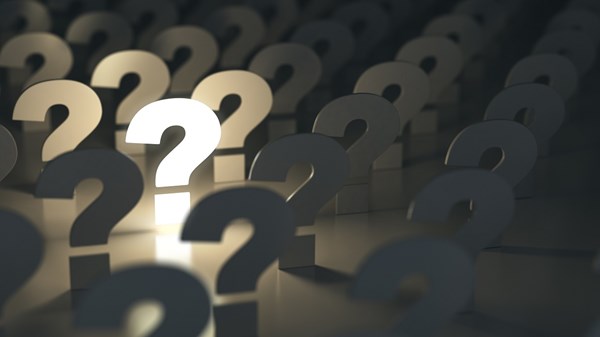 At Ohio State University, I participated in an open forum on a radio talk show. The host was an atheist.

From the start, callers were antagonistic. I could feel the tension as soon as the lines lit up. One angry woman, referring to abortion, said, "All you people have is an agenda you're trying to promote. You want to take away our rights and invade our private lives."

Abortion had not even been brought up.

"Just a minute," I replied. "We didn't even raise the subject."

"What is your position on abortion, then?"

I said, "Can I ask you a question? On every university campus I visit, somebody stands up and says that God is an evil God to allow all this evil into our world. This person typically says, 'A plane crashes: Thirty people die, and twenty people live. What kind of a God would arbitrarily choose some to live and some to die?'

"But when we play God and determine whether a child within a mother's womb should live, we argue for that as a moral right. So when human beings are given the privilege of playing God, it's called a moral right. When God plays God, we call it an immoral act. Can you justify this for me?"

That was the end of the conversation.

I feel called to minister to people such as this woman, whom I affectionately call a "happy-thinking pagan."

Such a person believes this world and the success it affords are the greatest pursuit in life. He or she feels no need for anything transcendent. Life has been reduced to temporal pursuits disconnected from all the other disciplines necessary for life to be meaningfully engaged.

Some are completely unreflective; they don't think enough to know they have no right to be happy. They borrow on capital they don't have. Many of these people, though, are sophisticated thinkers in their field—scientists, mathematicians, computer engineers. They are specialists with a glaring weakness: They do not ask the questions of life itself.

What questions are they asking? Here are the ones I have been asked most often. By developing a clear response to each, we can increase our ability to talk with those who are not Christians.

It is important to note that while these are the attacking questions, as the conversation goes on, the questions become kinder and more personal, till one can focus on the Cross and present the gospel in its simplicity and beauty. This has happened in every venue in which I have spoken.

1. Is it really possible to defend the supernatural when every scientific theory argues for a naturalistic explanation of this universe? (The question pertains to evolutionary theory and modern cosmology.)

2. What convincing arguments can you give us for the existence of God?

3. How can Christians possibly argue for an exclusive claim to truth in Christ when there are so many other religions in this world? There have been and are so many good people in this world who were not and are not Christian. If the Gospel is true, then they are destined for hell. Is that right?

4. The God of the Bible is portrayed as all-loving and all-powerful. Then evil must be of his doing. This is a contradiction with his character. There is not only moral evil but gratuitous evil. How do you justify it? What sort of God is this, anyway?

5. We do not have the original manuscripts of the Bible. How can one possibly argue for their authority and accuracy? (This comes quite often from Muslims or those sympathetic with the findings of the Jesus Seminar.)

6. If the law of non-contradiction does apply as a test for falsehood, what about the concept of the Trinity or the sovereignty of God as it relates to the responsibility of man? Are these not contradictory concepts?

7. There is no discipline that subscribes to truth as absolute, particularly in matters of morality. How can Christians still hold to it? (Here some of the major moral issues of our day emerge.)

8. Religion has caused so much suffering and violence in this world. How do you explain that?

9. Isn't religion only a political theory espoused by one who wants to impose his or her views upon others?

The temptation when speaking to the happy-thinking pagan is to become angry. It can be frustrating seeing how society has desacralized everything. But Jesus resisted the temptation of outrage and the quick-fix of condemnation. He spent most of his time preparing the wineskins before pouring new wine into them. Our tendency is to start pouring the wine into skins that will only burst.

We cannot go to a university with the attitude, "I'm here to deal with your tough questions." I always begin by telling them a little bit about my life. I often tell about my struggles as a teenager when I nearly committed suicide in a New Delhi hospital. My stated vulnerability gives me an entry point. But even with a hard-edged question, I answer with graciousness. I have to earn the right to be heard every time I get up to speak.

"I'm going to defend why Jesus Christ is the only way to God," I might say. "You may disagree with that, but if you do, make sure your arguments counter the arguments I'm now presenting to you."

One key is the willingness to say, "I'm not sure how well I will deal with what you're going to say, but give me a chance. I have struggled with these issues."

I also plead with my audience: "Let's both agree these matters are important. And if we both agree they are important, let's get more light then heat. Let's try to find some answers, because hiding behind words is not going to solve the problem."

Whether it is a business or academic setting, their heart-warming response is an indicator that people are hungry for answers.