10 signs that someone has what it takes to learn leadership. 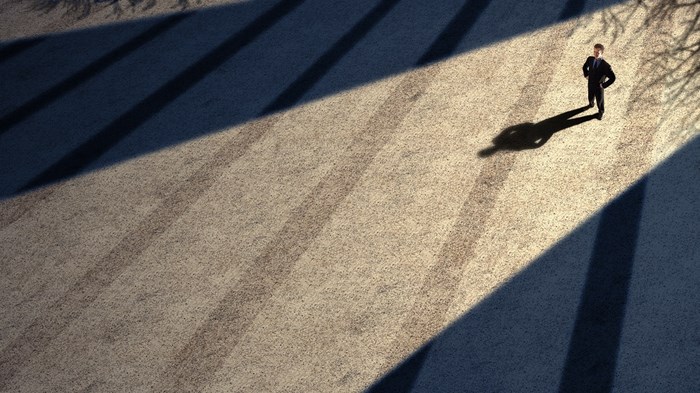 Here are several traits to help identify whether someone is capable of learning to lead.

1. Leadership in the past. The best predictor of the future is the past. When I was in business, I took note of any worker who told me he was superintendent of a Sunday school or a deacon in his church or a Boy Scout leader. If he showed leadership outside of the job, I wanted to find out if he had some leadership potential on the job.

2. The capacity to create or catch vision. When I talk to people about the future, I want their eyes to light up. I want them to ask the right questions about what I'm talking about. The founder of Jefferson Standard built a successful insurance company from scratch. He assembled some of the greatest insurance people by simply asking, "Why don't you come and help me build something great?"

A person who doesn't feel the thrill of challenge is not a potential leader.

3. A constructive spirit of discontent. Some people would call this criticism, but there's a big difference in being constructively discontent and being critical. If somebody says, "There's got to be a better way to do this," I see if there's leadership potential by asking, "Have you ever thought about what that better way might be?"

If he says no, he is being critical, not constructive.

But if he says yes, he's challenged by a constructive spirit of discontent. That's the unscratchable itch. It is always in the leader.

People locked in the status quo are not leaders. I ask of a potential leader, Does this person believe there is always a better way to do something?

4. Practical ideas. Highly original people are often not good leaders because they are unable to judge their output; they need somebody else to say, "This will work" or "This won't."

Brainstorming is not a particularly helpful practice in leadership, because ideas need to stay practical. Not everybody with practical ideas is a leader, of course, but leaders seem to be able to identify which ideas are practical and which aren't.

5. A willingness to take responsibility. One night at the end of the second shift, I walked out of the plant and passed the porter. As head of operations, I had started my day at the beginning of the first shift.

The porter said, "Mr. Smith, I sure wish I had your pay, but I don't want your worry."

He equated responsibility and worry. He wanted to be able to drop his responsibility when he walked out the door and not carry it home. That's understandable, but it's not a trait in potential leaders.

I thought about the porter's comment driving home. If the vice-president and the porter were paid the same money, I'd still want to be vice-president. Carrying responsibility doesn't intimidate me, because the joy of accomplishment-the vicarious feeling of contributing to other people-is what leadership is all about.

6. A completion factor. I might test somebody's commitment by putting him or her on a task force. I'd find a problem that needs solving and assemble a group of people whose normal responsibilities don't include tackling that problem. The person who grabs hold of the problem and won't let go, like a dog with a bone, has leadership potential. This quality is critical in leaders, for there will be times when nothing but one's iron will says, "Keep going."

Dale Carnegie used to say, "I know men in the ranks who will not stay in the ranks. Why? Because they have the ability to get things done." In the military, it is called "completed staff work."

With potential leaders, when the work comes in, it's complete. The half-cooked meal isn't good enough.

7. Mental toughness. No one can lead without being criticized or without facing discouragement. A potential leader needs a mental toughness. I don't want a mean leader; I want a tough-minded leader who sees things as they are and will pay the price.

Leadership creates a certain separation from one's peers. The separation comes from carrying responsibility that only you can carry. Years ago, I spoke to a group of presidents in Columbus, Ohio, about loneliness in leadership.

One participant, president of an architectural firm, came up afterward and said, "You've solved my problem."

"What's your problem?" I asked.

"My organization's always confused," he said, "and I didn't know why. It's because I don't like to be lonely; I've got to talk about my ideas to the rest of the company. But they never know which ones will work, so everybody who likes my idea jumps to work on it. Those who don't, work against it. Employees are going backward and forward-when the idea may not even come about at all."

Trammell Crow, one of the world's most successful real estate brokers, said that he looks for people whose associates want them to succeed. He said, "It's tough enough to succeed when everybody wants you to succeed. People who don't want you to succeed are like weights in your running shoes."

9. Family respect. I also look at the family of a potential leader: Do they respect him or her?

Fifteen years ago, my daughter said, "Dad, one thing I appreciate is that after you speak and I walk up, you are always attentive to me. You seem proud of me." That meant a lot to me.

If respect isn't there, that's also visible. At a church-growth conference, a well-dressed preacher approached me after I had spoken. A few steps behind him trailed his wife. He said, his chest swelling, "How would you like to come to my church and speak to a thousand people Sunday night?"

I couldn't resist saying, "I would have liked that in an earlier day, but I've given up speaking to smaller groups."

His wife's face lit up like a Christmas tree. Her body language revealed what she thought of her husband's egotism. The family's feelings toward someone reveal much about his or her potential to lead.

10. A quality that makes people listen to them. Potential leaders have a "holding court" quality about them. When they speak, people listen. Other people may talk a great deal, but nobody listens to them. They're making a speech; they're not giving leadership. I take notice of people to whom others listen.

It's not enough for people to have leadership potential; they must have character and the right setting in which to grow. Before I give someone significant leadership responsibilities, I find it helpful to ask myself several questions:

1. What will this person do to be liked? It's nice to be liked, but as a leader it cannot be the controlling factor. The cause must be the prime motivator.

I met for a while with a gregarious, former president of a corporation. He had recently lost his job. During our meetings, I kept saying to myself, I can't buy this guy. There's something beneath the surface that doesn't ring true. One of the last times he came to see me, in a burst of honesty, he said, "Fred, I'm going to a psychiatrist."

I asked, "Do you care to tell me what it's about?"

He said, "I'm a congenital liar. I can't tell the truth."

Then I knew what had bothered me.

3. Can this person accept reasonable mistakes? I recently had lunch with an accountant who works for a large accounting firm. He said, "I look at every page that passes through my department, but I'm finding that difficult, given the size of my department."

He is afraid of delegating and having someone make a mistake. But perfection is too expensive; employees can't live under that tyranny. A leader has to be able to accept reasonable mistakes-not repeat them but accept them. Failure is part of accepting leadership; you can't let it eat away at you.

4. Can I provide this person the environment to succeed? It is so important, particularly in the early days of someone's leadership, that he or she be put into a congenial environment. I wouldn't want, for example, to put someone who requires mentoring with a leader who pays no attention to people.

An environment that threatens our sense of security or well-being splits our concentration from the cause. Young leaders need an environment in which they can concentrate on leading.

I once tried to get an employee in a small Southern town promoted but without success. I was honest with him, saying I didn't think his future was in the company; I suggested he go out on his own. I felt he had potential. He eventually became president of the local bank. We still maintain contact.

Some of my most rewarding memories involve young people in whom I believed and shared in their promotion.

Fred Smith is a business executive in Dallas, Texas.