Thousands of people downloaded a British vicar's sermons shortly after he posted them at the Apple iTunes store. Rev. Leonard Payne of St. Nicholas Church in rural Wrent-ham, England, said the response had been overwhelming. "We were stunned," Payne said. "Within a short period of time, over 2,000 people had downloaded one of them."

Payne's sermons were first posted on the church's website, but the move to the commercial site opened up new audiences. Payne called the response "an incredible reaction to the work of a small congregation."

The head of diocesan communications, Nick Clarke, said, "It's about doing church differently for a diverse and obviously hungry audience." 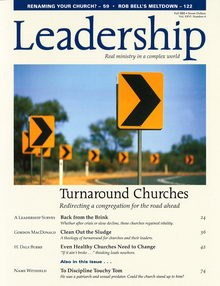