How to assess your financial strength.
James D. Berkley 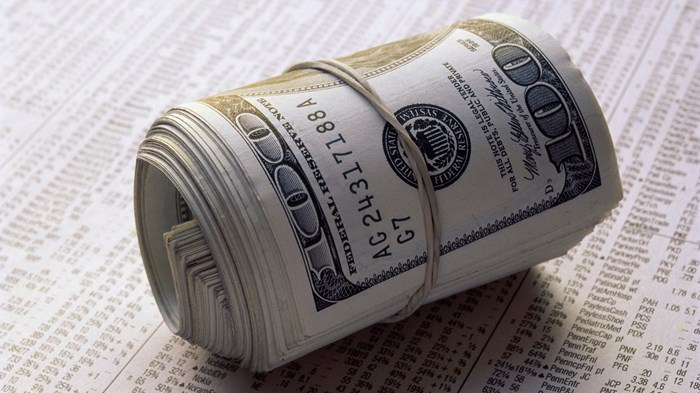 When Bowser pokes a cold, wet nose under my arm to signal it's time to pet him, the nose tells me he's healthy. When the nurse announces "120 over 80" for my blood pressure, I know I'm healthy. But when my church treasurer flings a file of figures across the table in his report, how do I know if my church is financially healthy?

What are some vital signs of churches that are fiscally fit?

No one set of statistical canons will measure the fiscal fitness of every church. For every gauge, there's a thriving church mocking its credibility. God makes each church unique.

Churches also vary greatly by denomination, locale, membership demographics, era of church life, size, and other factors. And statistics are notoriously malleable and fallible. As one blunt writer has said, "There are lies, damned lies, and statistics!"

Church-expert Lyle Schaller provides a simple benchmark for annual contributions. He writes in The Interventionist: "A useful beginning point is to multiply the average worship attendance times $1,000." If my church has 125 attenders on an average Sunday, and annual giving is $125,000, we're in the ballpark.

Another way to look at the same figures is to multiply $20 per head in worship for any given week. If my church averages two hundred in attendance, it should be receiving about $4,000 a week. Of course such figures need to be adjusted for churches in particularly wealthy or poverty-stricken areas, for especially small or large churches, for new church plants—well, for just about any church, because there is no typical church.

The Typical Churchgoer Pays about $10 A Week For Personnel Costs

"The 'price' of church is rising faster than the cost of a movie ticket," notes Schaller. "It used to be the per capita 'cost' of church was close to the cost of going to a movie. Now it's closer to the expense of going to a professional sporting event—about $20." Of course, no church charges attenders their proportion of the weekly church expenses ("Marge, I've only got two twenties on me. We can't afford to bring Billy to church this week!"). But Schaller's analysis does show the comparative costs of "doing church."

Another way to look at annual giving is to compare this year's receipts per attender to 1968's figures. Between 1968 and now, according to Schaller, the Consumer Price Index went up roughly 400 percent, and personal income rose even more. So if my church received an average of $200 per attender per year in 1968, and now it receives an average of $900, we're ahead!

A third way to look at annual receipts is comparing them with total household income. What percentage of members' income is being given to the church?

A little sleuthing at the local planning agency will probably produce a figure for average household income. Multiply that by the number of households in the congregation (and adjust a little for the comparative wealth of a given church), and this approximates church members' total earnings.

Then, divide the church's total giving by its total earnings. If the result is 10 percent, the church is a biblical lot! More likely it's under 5 percent or perhaps around 3 percent. If we can find the figures, we can compare the percentage of income given in previous years to establish a trend.

"I always look at consistency from year to year," says Grace Nicholaou of Ministry Business Services in Huntington Beach, California. "Is the church meeting its budget? Are they consistently ending the year in the black? Can they pay their bills?" Trained financial eyes look at the trends: Is income rising or falling? For how long? Why? Do we have reason to believe the trend will continue?

—Held 6 percent of its total assets in cash.

—Had cash on hand equal to about 7 percent of its annual receipts.

—Received 89 percent of its annual income through donations.

—Operated on a thin line, receiving in income only 1 percent more than it spent in the year.

—Owed an amount equal to 41 percent of its total assets.

Where does church money come from—that is, besides God? One way to look at it is old money versus new money.

Old money is what was given last year. Net new money is figured this way:

pledges from new givers plus the increases previous givers have pledged, minus amounts no longer pledged and decreases in previous pledges. If the new pledges and increased amount of old pledges are greater than the lost pledges and the amount of decrease of other old pledges, we are ahead. Net new money tells us what additional funding we can expect in a given year.

A second way to break down the sources of income is by age of the givers. Is most of the money coming from the silver-haired crowd? What will happen ten years from now? What percentage of contributions derive from the mid-adult age range of 30-55? Do they contribute more than their share or less?

A third division is by size of gift. Do a few generous people underwrite a substantial part of the church's finances? Or is the burden spread more evenly across a number of smaller givers? Would the loss of one or two sizable tithes cripple church finances? By charting the number of donors in a series of giving brackets, we can see how a church's income is derived.

A fourth way to look at the source of income is to determine the annual pay-up of pledges. For every hundred dollars pledged at the beginning of the year, how many dollars actually hit the offering plates? Barring great financial dislocation within a community, pledge pay-up below 90-95 percent probably indicates problems in a church accustomed to pledging.

When we buy a house, the mortgage folks look closely at the percentage of annual income expected to pay for the home. In a like way, keen financial minds look at church expenditures along with income.

How much of the church budget should be dedicated to the total cost of having a pastor and staff? "No more than 50 percent in the typical church," advises Lyle Schaller. "In the small church it may go up to 55 or 60 percent, and in the large church it should be closer to 40 percent."

Remember the $20 per head cost of church? That means the typical churchgoer pays about $10 a week for personnel costs.

"The proportion a church should pay for personnel depends on a number of factors," according to David Pollock of Resource Ministries, Inc., in Canoga Park, California. "Is it a new church? Then the percentage is higher. If the church is staffing for growth rather than maintenance, again the proportion will be higher. Generally speaking, however, a figure of 45-55 percent is healthy."

Pollock adds a caution: "If the church begins a new building or a major program emphasis, expect a 20-23 percent shift of giving into that new project."

Here's a controversial subject: How much of the church budget should be given to benevolences (missions, for example)? Schaller recommends 15 to 16 percent.

"If the percentage grows to over 33 percent," he cautions, "I question whether program is being underfunded, which will cause problems in the long run."

What about the proportion of money going to building projects or debt retirement?

Lending executives work with a figure of no more than 30 percent, according to Mark Johnson, executive vice-president of Evangelical Christian Credit Union. Schaller advises no more than 20 percent. When the figures push beyond that, most churches are too squeezed to be able to do the ministry the buildings are meant to house.

No one on deck applauds a sloppy, leaky, sinking fiscal ship. 'Tis a gift to be appropriately aware of money. But one final word: Active, alive, growing churches will constantly be short of money. Perfectly balanced books—with a surplus to spare at the end of the year—may not signal kingdom success.

END_OF_DOCUMENT_TOKEN_TO_BE_REPLACED
Already a subscriber? Log in
Read These Next