What do the numbers say? It depends who you ask.

The debate continues. For the last two weeks, opinions have been fast and furious on the definition and validity of "missional" churches. It all began with Dan Kimball's post about his missional misgivings. He observed that many of the larger, attractional churches being criticized by pro-missional people were actually doing a pretty good job of reaching non-Christians.

While there may be attractional megachurches reaching into our post-Christian culture, others contend that the effectiveness of these churches, as a whole, is in decline. Alan Hirsch and David Fitch both responded by arguing that North America is sliding toward uber-secularism. In such an environment attractional churches will lose traction, and more indigenous missional expressions of church are advantageous.

Scot McKnight, scholar/theologian/blogger/and Urthling, jumped into the debate to ask for data - hard research to back up Hirsch's claim that the attractional model "has appeal to a ... 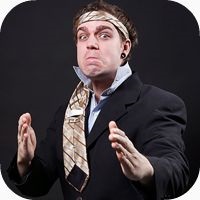