Rediscovering the gift that leaves churches and well-connected pastors in its wake.
Skye Jethani 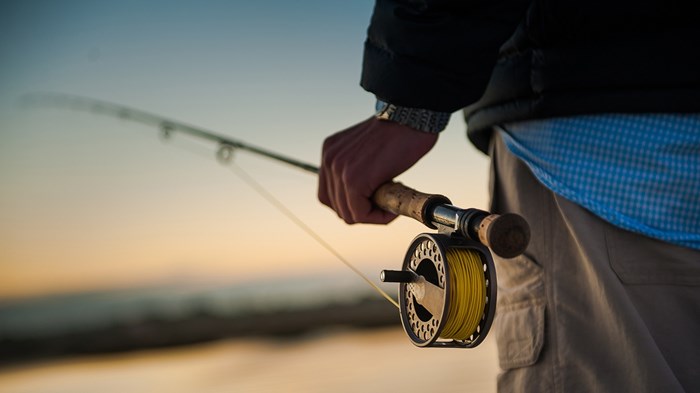 We all know about the apostles named Peter, Paul, and John, but have you ever heard of Andronicus or Junia? Some are surprised to discover that the New Testament identifies more apostles than the twelve men who followed Jesus around Galilee. That fact raises some interesting, and even controversial, questions. What exactly is an apostle, what does the gift of apostleship look like, and how should we understand an apostle's role today?

Various theological streams and ecclesiastical traditions hold opposing views on apostleship. Some believe the gift was limited to the twelve disciples closest to Christ. Others contend that apostleship flourished during the foundational era of the church but is no longer active today. On the other end are those who believe modern apostles exist and possess the same authority as the Apostles who penned the New Testament.

Somewhere in the middle are those who affirm the gift's activity today but in a more generic capacity. The word literally means "sent one," a designation that may be applied to many believers. But the middle-ground viewpoint acknowledges there is a difference between being gifted as an apostle (little "a") and possessing the authority of an Apostle (capital "A").

Terry King, pastor of Bridge of Life Church in Hagerstown, Maryland, says there are men and women currently doing apostolic ministry all over the world. As the executive director of Leadership Development Resources, a role that has King working with church leaders in over 20 nations, he has seen the evidence. "But," he adds, "very few of them recognize it as apostolic ministry, and they don't call it that."

The aversion to using any form of the word "apostle" is a holdover from the Reformation. "For hundreds of years Protestant churches have tried hard to not be Roman Catholic in terms of hierarchy and structure," says King. "But we still need leadership and structures. So the apostolic gift is still working—we just find new titles for it."

William Beasley, the network leader for the Midwest region of Anglican Mission in the Americas, concurs with this assessment. "The apostolic gift has many manifestations," he says. "In the East African church you find people serving as bishops who have highly apostolic gifts." But like many Protestant traditions, they do not assign the word "apostle" to those exhibiting the gift. "The East African church is an incredible combination of a highly structured order of authority, but it is still growing spontaneously through the presence of apostles."

The apostolic African leaders typify the primary function of the gift—the extension of God's kingdom. Beasley sees this exemplified by Paul in the New Testament. "Initiating new works to bring people to Jesus is apostolic. You see evidence of that in Paul's desire to go to places where no one has yet preached the Gospel. He didn't want to build on someone else's foundation."

Dave Ferguson, senior pastor of Community Christian Church in Naperville, Illinois, adds, "People with the apostolic gift see over the horizon. They're able to look at the spiritual landscape and see where God is working." Ferguson recognizes this drive to extend God's kingdom and initiate new things within himself, but he avoided the term "apostolic" for years. Instead, he described himself as a "spiritual entrepreneur"—a term with less theological baggage and more cultural panache. "I once assumed there were only twelve apostles. Later I discovered there were at least seven other apostles mentioned in the New Testament. And Paul lists apostleship among the leadership functions given to the church in Ephesians 4:11."

People with the apostolic gift look over the landscape and see where God is working.

Possessing a drive to extend God's kingdom as a spiritual entrepreneur is only one facet of the apostolic gift. According to Beasley, there is a distinction between apostles and missionaries who also carry the gospel to the unreached. Apostles, he says, are eager to establish churches and not merely converts. "The apostolic gift leaves churches in its wake."

This was how Terry King came to identify the apostolic gift while a pastor in the early '70s. "We were wrestling with the growth taking place in our congregation, and I felt the Lord's vision to begin planting new churches and raising up new leaders rather than just build a bigger church." His passion for starting new things eventually led him as far as Zimbabwe for five years and the Philippines for four years.

The vision to extend outward through planting multiple congregations is clearly evident in Dave Ferguson's leadership as well. Community Christian Church has been a pioneer of the multiple-site model now gaining popularity throughout the country. His church now has nine campuses and partners with other congregations throughout the nation via the New Thing Network.

The church planting function of apostleship may explain why Paul lists it first among spiritual gifts (1 Corinthains 12:28). According to Ferguson, we need apostolic leaders to start new missional projects because that is the catalyst which unleashes all the other gifts. "We're counting on apostles to do their thing so that everyone else can do theirs."

Beasley says, "Because the apostolic gift is focused on establishing churches, apostles are keenly aware of all the other gifts. They want to see all the gifts flourish so that healthy churches can be born." Ferguson calls this the "space making" role of apostles. "Apostles get great joy from disappearing into the background," he says, "and allowing room for the other gifts to emerge and grow."

This aspect of apostleship helps counter the notion that apostles are only concerned with the extension of the kingdom and not the shepherding of souls. "You really cannot exercise the apostolic gift without thinking about a team," says Beasley. This is because apostles cannot accomplish their mission of planting sustainable churches without the other gifts being present.

"I really have fun when I'm with a team," says King. "Part of the price of starting new churches is that the apostle must do everything while creating space and waiting for the other gifts to emerge. But once they do, once a team of gifted leaders is established, then I can focus on the specific gifts the Lord has given me."

After starting new churches, the Apostle Paul maintained a connection with the leaders of those communities. He functioned as a spiritual father to those his apostolic gift had raised up. "The priority should be on relationships," says King. "There should be an ongoing relationship between the churches." This is part of the apostolic function.

These connections are more than feel-good; they have a very pragmatic function. The bond between local leaders and apostles, says King, is the relational capital necessary to overcome the problems that every church will eventually encounter. This is the central motivation behind most of the epistles Paul wrote.

Dave Ferguson recalls the need to intervene in a church Community Christian planted in New York—800 miles away. "My brother, John, was flying in once a month to maintain a close connection with the leader we'd mentored who started the church. Later the pastor made some compromises, but because of our ongoing relationship, we could step in and help him. The whole situation came off right."

Unfortunately, the importance of relationships often gets eclipsed by organizational structures. This may be another reason the apostolic gift has been overlooked. "The model for churches connecting to each other should be a family, but in the West we've made it a corporation," argues King. "This is why the relational function of the apostle between churches has been replaced by the organizational function of the CEO, the president, the bishop, or the pope. Apostles aren't concerned with carrying an organization from generation to generation, but making new generations. It's about reproduction. It's familial. It's relational."

In established denominations, local churches are often supervised by bishops or district superintendents. These are positions designed for the expression of the apostolic gift, but many of these offices are now occupied by people lacking the gift. It's a case of structure trumping gifting. "We need organizations and structures to support relationships," says King, "But unfortunately in most denominations, things get reversed and the people support the structure."

Speaking to those bound by denominational structures, Beasley says, "I encourage superintendents to start having lunches with pastors and visit their churches for reasons other than to fill the pulpit. Building the relationship and trust is the goal." But ideally, positions that oversee multiple congregations should be filled by those exhibiting an apostolic gifting—a history of extending God's kingdom by starting new churches, releasing spiritual gifts, and connecting leaders through the bonds of relationship.

The paternal bond between apostles and pastors underscores the source of apostolic authority. It isn't organizational or institutional, but an authority rooted in personal experience and trust. Beasley says, "Those with the gift of apostleship care deeply about people and pastors. They care so much they want to raise up more pastors." Terry King adds, "Just as every pastor needs an apostle, every apostle also needs pastors."

As essential as the apostolic gift is to the church and its mission, those who possess the gift recognize it carries a price. "Loneliness is an issue in apostolic ministry," says King. "When you're pushing into new territory, either geographically or spiritually, you can neglect the more important aspects of life, such as your personal walk with the Lord and family. Visionary types tend to bite off more than they should at one time."

Beasley also sees leaders who are apostolically gifted increasingly frustrated by church structures that inhibit their calling. "Many don't have a way of understanding or expressing their apostolic gift within their church system. They are forced to make a decision. Either create a way for the gift of God to be lived out, or continually suppress it." Of course, the best outcome is for churches and denominations to acknowledge the importance of the apostolic gift and create opportunities for these leaders. "It's one of the basic assumptions of the New Testament, isn't it?" says Beasley. "We need all the gifts."