Addressing Sin with Truth and Grace

Addressing Sin with Truth and Grace

How do you work pastorally with people who are likely to fall again?
Kevin Miller 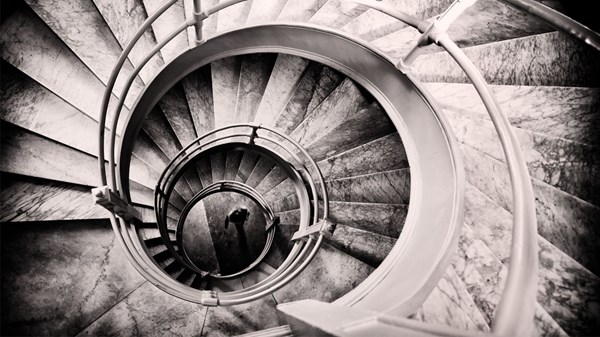 Rick came to see me because he wanted to make a confession. He had, he said, hooked up with another gay man for an evening. Rick felt bad. He wanted to find freedom in Christ and to live without the patterns of his past.

Amy had a different reason for meeting with her pastor. "I'm angry a lot," she said. "Especially at the kids, and I take it out on them."

How do you respond to people who are sinning, who know they're sinning, and who (given the addictive nature of their sin) most likely will sin again? Is there appropriate church discipline for repetitive sin?

Our church has taken these questions seriously, and we have been learning along the way. Maybe our experience can be helpful to others who want to guide their people to greater holiness and amendment of life.

Create a Culture of Confession

Pastors generally have hope and fear regarding church discipline: we hope we never have to implement it, and if we do, we fear a tumultuous public process, with letters read in front of the congregation and possible lawsuits. This leads to an implicit "don't ask, don't tell" mindset. There aren't many places in church life for people to honestly confess their present-tense sins, and somehow that's okay with us.

We do not take either sin or grace seriously enough.

But confession to another Christian is not only commanded in the Bible (James 5:16), it's the door to healing and holiness. So our church offers a variety of opportunities for confession: general confession during each worship service, invitations to go to a prayer minister near the end of a worship service, "prayer cells" made up of three people of the same sex, small groups for "life-controlling issues," and formal confession to a pastor.

It's this last one that makes some people pause. With roots in the Reformation, Protestants fear elevating the practice to a sacrament or of introducing any mediator between the sinner and Christ.

But Martin Luther, when he reduced the number of seven medieval sacraments, at first landed at three—baptism, Communion, and penance (confession and absolution). Though he later dropped sacramental status for penance, he daily confessed his sins to another person for most of his life.

Confessing your sins to God, in the presence of another human being, humbles you. It's hard to say to another person, "I did this; I thought that"—at least, I know it's hard for me. But following the humbling comes great assurance. The person I'm confessing to assures me of God's forgiveness, and there's something about their tangible presence, the very sound of their words, that breaks me free from my circling thoughts and tortured conscience.

A first step is to invite people to make a formal confession of sins to a pastor—starting, perhaps, on Good Friday. Many resources exist, such as the Book of Common Prayer, to give words and structure to these confessions.

Listen for "sin beneath sin" and "grace beneath grace."

Sin must be taken seriously; it cannot be winked at or patted on the head. "You shall be holy, as I the Lord am holy." Jesus could not have spoken more jarringly when he says, "If your eye offends, gouge it out." We need to be as fierce about fighting sin as Jesus was.

But we must take grace as seriously as we take sin. There is a long and relentless process of sanctification: "We all fall short in many ways;" "If anyone says he is without sin, he is a liar;" "A bruised reed he will not break, and a smoldering wick he will not snuff out."

Here's what I mean:

When listening to the person confess his sins, I usually find that the sin, especially an addictive one, didn't just accidentally happen. No, instead, it came as part of a cycle: Stress, fantasy, indulgence, brief release, deeper guilt. Usually, what pushed the bike pedal on that sin-cycle was not just lust, but something deeper: shame, anxiety, self-loathing, passivity, narcissism.

Probably the most common "sin beneath the sin" I hear is self-pity: "I do all the work in this relationship." "Given my education, I should be earning more." "I realized, 'I'm 30, and I've never had sex.' "

I may point out what I hear, or sometimes, I'll ask the person, "What do you think was the sin beneath the sin?"

I also listen for the grace beneath the grace. In this person before me, even though he has fallen into sin again, there's a spark of hope, of remorse, of wanting to change. There's a vocation, a true call of God on this life. There are spiritual gifts and graces waiting to be released more fully.

As I'm able to discern those, I will speak them out: "You really have a longing for beauty. It seems like God has given you the soul of an artist. That's why it's so important for you to cleanse your mind of impure images, so you can help others experience the beauty of God. What an amazing calling in life you have."

Usually, that's when the person starts to cry, and I do too.

Persist in a Pastoral Plan

When a person has just confessed his sin, what I'm after is not punishment. And definitely not shame. It's change. So I give the person a "pastoral plan" that, I hope, will bring amendment of life. I want to give the person something to do, for as my colleague Phil Kenyon says, "If you sin with your body, you must repent with your body."

Each penitent, like each patient, requires a different type and dose of medicine. But at Church of the Resurrection, we often prescribe one or more of the following:

As you can tell, this requires a lot of time, energy, and follow-up. But the healing and change that come are worth it. Several key members and leaders in our church came through just such a church discipline and responded to it with great humility. Some have told us, "Thank you. Thank you for sticking with me."

People sometimes ask, "But do people really put up with this kind of discipline? They could drive half a block and go to another church and no questions will be asked." True, but we've found that almost never happens. Because what people want, in their heart of hearts, is to be loved so much that someone will say, "You need to change, God will help you, and I'll walk with you."

Kevin Miller is editor at large of Leadership and assistant priest at Church of the Resurrection in Wheaton, Illinois.

Video
Francis Chan: Bragging about God
We are not to boast about our wisdom or power, but about the fact that we know God.
Trending