No sooner had Americans cleaned up from the impact of Hurricane Ike in 2008 than we were hit by a global economic hurricane. We saw banks fail, homes lost in foreclosure, corporations go bankrupt, and the fierce winds of global recession threatened economies all over the planet.

"The economy has taken a turn for the worse, big time," said Allen Sinai, chief global economist for Decision Economics, a consulting and forecasting group. "Consumption literally caved in. It is a prelude to much worse news on the economy over the next couple quarters." The Economist magazine reports that some economists are predicting the recession could stretch into 2010 with the jobless rate reaching 10.5 percent by then.

Millions of Americans are already feeling the pain having lost their homes, their investments, and their jobs. Unemployment has risen to 6.5 percent and could soar to over 8 percent early in 2009. Unemployment among Latinos has already reached 8.8 percent and has soared to 10.1 percent for ...

Leadership
False Stop
Forced to resign, I thought my ministry was over. God had other plans.
Brad Williams
Trending 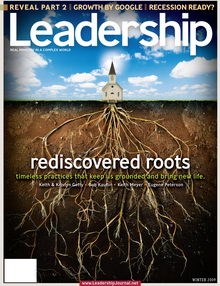