Probably not. But Pope Francis is helping pull the Christian fabric together.
Paul Pastor

In a meeting yesterday, newly minted Pope Francis met with Eastern Orthodox Patriarch Bartholomew at the Vatican. It was the first time a Patriarch of Constantinople had attended a papal enthronement since the Great Schism of 1054.

While their double-pontiff hug doesn't herald the healing of the divided Christian church (a prospect that seems impossible in any scenario short of the eschaton), it does highlight a surge in ecumenical hope that's been encouraged by the new pope.

Francis has received unusually enthusiastic support from church leaders and organizations outside the RCC. Besides the Orthodox, protestant representatives of Lutheran, Anglican, Methodist, Baptist, and other denominations have expressed their pleasure at the new pontiff's appointment. (Ur's covered this before.)

Evangelicals are relieved by his commitment to conservative doctrine, mainline/liberal Christians appreciate his devotion to social issues and emphasis on environmental stewardship, ... 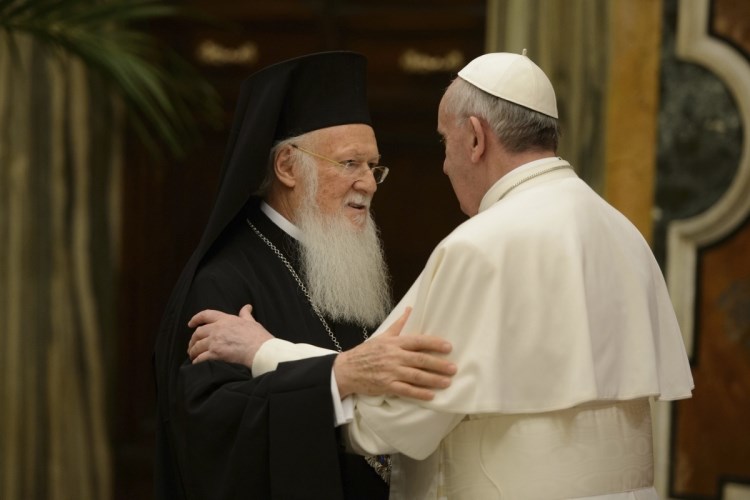