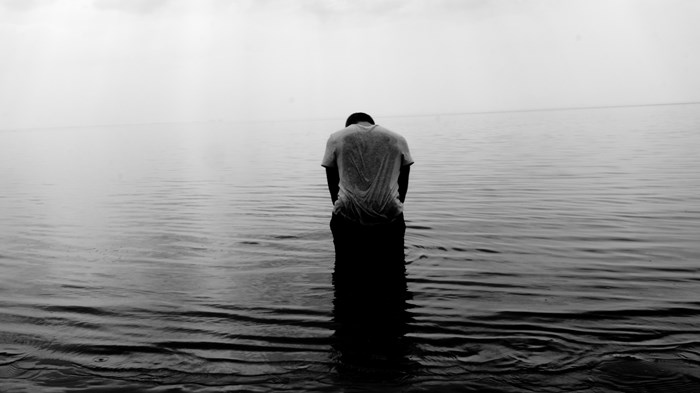 “The One Thing Worse”

John Ortberg is editor at large of Leadership Journal and pastor of Menlo Park Presbyterian Church in California.

I face two questions when I hear about the “moral failure” (usually sexual, sometimes financial, rarely for pride or racism or anger) of a Christian leader.

How should I respond?

How do I actually respond?

How I actually respond is another matter. I remember hearing a well-known psychologist say once, when a high-profile pastor needed to be confronted about crossing lines—“It can’t be done by another pastor or there will be the ‘You’ve-fallen-and-I-haven’t’ dynamic.” Author Alain de Botton wrote that here lies the difference between ancient Greek tragedy and modern tabloid journalism. In a good tragedy, the audience was to identify with the main character, and come away humbly edified, asking, “How can I be delivered from my fatal flaw?” In tabloid journalism, the writer and reader collude together to feel morally superior to the disgraced celebrity. “Can you believe he/she is capable of that?” We no longer need to feel jealous of their celebrity.

The more judgmental I am, the more jealousy probably lurks under the surface.

The more I disagree with them, the more likely I am to find secret pleasure in it when they fall.

I find that the more I agree with and identify with the person’s theology or ministry, the sadder I am by the news. The more I disagree with them, the more likely I am to find secret pleasure in it. I discover how quickly I divide the world up into “us” and “them”—even within the Body of Christ.

“Our System Is Deeply Flawed”

J.R. Briggs is a pastor, founder of Kairos Partnerships, and author of Fail: Finding Hope and Grace in the Midst of Ministry Failure.

It’s deeply disappointing to hear when a pastor has a moral failure. It’s heartbreaking to consider the frequency of such events. Saddest of all may be that so many aren’t the least bit surprised when they hear of the sin exposed of yet another high profile pastor. The world, and followers of Christ, are tired of such news—and rightfully so. Sin damages so much and so many. What is the response that honors God in situations like this? Here are a few things I’m learning to remember and do:

Second, remember that no Christian leader—not one—is immune to a moral failure. One of the most spiritually dangerous postures to adopt is thinking that will never happen to me. We are all in desperate need of grace, especially pastors.

We need to rethink pastoral expectations.

Third, we need to rethink pastoral expectations. We often look at the individual pastor but miss the opportunity to think seriously about the larger issue at hand. It is in times like these that a unified and concerted effort is needed to rethink and redefine what pastoral ministry “success” actually is. When we elevate the priority of what pastors accomplish or achieve over how Christ is being formed in them and who they are becoming, our system is deeply flawed. When pedestal and image are pursued rather than faithfulness and humility, the effects are damaging.

While each one of us is directly responsible for our own actions, we have to ask two significant yet uncomfortable questions: Have we helped create a system in the church that places undue pressure and expectations on pastors? And, is it fueling some of these temptations? I believe it is.

I've had the opportunity to be behind the scenes and see both sides of several “inappropriate relationships.” Before hearing those stories, I thought those kinds of things only happen to certain kinds of people or certain kinds of marriages, and that I was not that kind of person or in that kind of marriage. But their stories helped me see that, given the right (or wrong) set of circumstances, any of us could make choices we never thought we'd make.

From what I’ve witnessed, those circumstances seem to develop more easily when ministers set aside their own joy for the sake of ministry. That may seem like an honorable choice, but it makes us vulnerable to temptation. Now when I hear stories of "inappropriate relationships," I'm reminded of how many small choices I'm making which sacrifice joy for the sake of service.

As ministers we pride ourselves on these choices, but they can add up to a life of joylessness, a life which leaves our hearts open to temptation. It's sobering to be reminded that I, like everyone, am exactly the kind of person to fall into sin. And that it often happens one small step at a time.

“Sad. Then, Frightened. And Finally, Fatalistic.”

Lee Eclov is pastor of Village Church of Lincolnshire, Illinois and author of Pastoral Graces, Reflections on the Care of Souls .

I always think of Samson, because we who are pastors have been given strength greater than our own to guard God's people. And many of us (me, for sure) have trouble seeing our own weakness. Or maybe the problem is coping with our strength. What is scary about Samson is that he was blind long before the Philistines put out his eyes.

What is scary about Samson is that he was blind long before the Philistines put out his eyes.

It isn’t necessarily harder for pastors to endure in the faith than other believers but there is often more at stake should we fail, and I do think that we are especially vulnerable. Pastoral endurance requires being vigilant in guarding our own souls. It also demands dogged faithfulness to Christ and the calling he has given us. But who of us would still be standing at the end were it not for God’s mercy and strength?

When I was in my mid-30s I witnessed some dear brothers lose their ministries because of sin. They did not fall from grace but they could no longer shepherd the flock of God. First, I was sad. Then, frightened. And finally, fatalistic. I looked at my fallen pastoral brothers, men as good and called as I, and I began to think, “It is only a matter of time. My sin will be the death of me, too. I may get a few steps farther, but it seems like we will all go down.” It was a desperate feeling for a young pastor.

Then, by the grace of God, I came across Jude 21, “To him who is able to keep you from falling and to present you before his glorious presence without fault and with great joy . . .” I have clung to that verse for over 25 years. I am no less a danger to myself now than I was then but that makes the verse all the more precious. He is still able to keep me from falling. He is still able to present me to the Father without fault and with great joy. How that can possibly be, I do not know, except for grace.

Derek Rishmawy is the director of College and Young adult ministries at Trinity United Presbyterian Church in Orange County, California.

What do I feel when I see another pastor disqualified from ministry through scandal? Well, a lot of things. There’s usually some sadness for the person, anger for Christ’s name, and disappointment if it’s someone I happened to look up to. But mostly, it’s a chilling fear.

The fear of marital or ministry failure has haunted me ever since I enrolled in seminary. I’m a church kid, so I’ve seen the carnage this sort of thing wreaks, even when you’re not a nationally recognized name. Your family, your church, and your local community feel the effects, and that’s enough. The reality is, because of indwelling sin, I could do that. Maybe not easily. Maybe not the exact same sin. But we’re fools to forget what the Lord said to Cain: “sin is crouching at your door, it desires to have you” (Gen. 4:7).

And yet, when fear threatens to overwhelm me, I try to remember Christ’s mercy as well as his kingly power. As the Puritan preacher Thomas Watson wrote, “We are apt to say of our sins, ‘These sons of Zeruiah will be too strong for us;' we shall never overcome this pride and infidelity; ay, but go to Christ, he is king. Though our lusts are too strong for us, they are not for Christ to conquer; for by his Spirit he can break the power of sin.”