Even though I’m a Protestant pastor.
Rachel Triska 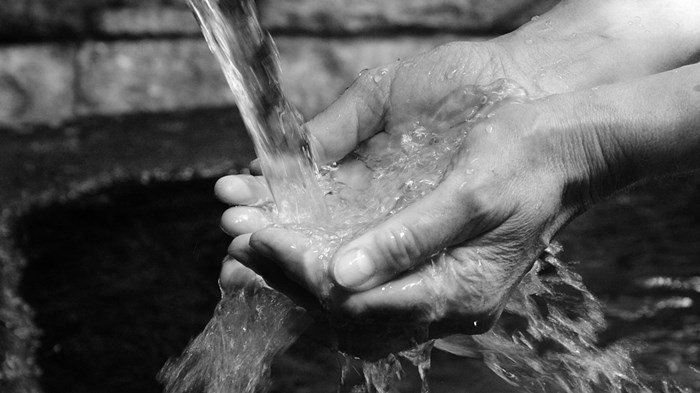 “Forgive me, Father, for I have sinned. It has been 31 years and I have never practiced confession.”

If I had followed the traditional formula, perhaps that is what I would have said to the priest who took my confession in November of 2014. But I’m a Protestant and we didn’t bother with formalities. I think he and I were both a little surprised to be sitting across from one another.

Last year, I took a five-week sabbatical. Part of that time I spent in silent retreat at Montserrat House, a Jesuit Retreat Center. I needed rest—I knew that. What I did not know was, while there, God would introduce me to the transformative power of private confession.

On the last night of my retreat, the Jesuits made themselves available to anyone who wanted to practice confession. Father John had led the retreat so I caught up with him, breaking the silence to ask, “Can I come to confession tonight. I’m Protestant.” Father John smiled and answered, “Of course.”

Father John had led the retreat so I caught up with him, breaking the silence to ask, 'Can I come to confession tonight. I’m Protestant.'

I stood in line with 60 other retreatants waiting to make our confession. When it was my turn, I entered a small study and sat in a hardback wooden chair across from Father John. He recognized me as his Protestant retreatant and immediately launched into an explanation of how confession works.

“Umm, Father, I understand how it works in theory. I wanted to practice confession. I’m Protestant, but can you take my confession?”

“Well, it’s not customary,” he responded, “but it’s not prohibited.”

So there I was, a Protestant pastor sitting across from a Jesuit priest. And I laid my soul bare before him. I confessed that my relationship with the Lord had devolved into a work relationship. I confessed to showing favoritism among members of my congregation. I confessed to struggles with pride and selfishness, to sinning in anger and causing others grief. All this and more I said in halting sentences.

The emotions I felt in those moments surprised me. The depth of sorrow was unexpected. You see, I had already confessed all these sins. Earlier in the day, as I walked through an examination of conscience, I offered each of these sins to the Lord, asking for his forgiveness. In my understanding of confession, the real work was done.

That night, sitting in what I later learned to call the reconciliation room, tears streaming down my face, I realized that perhaps there was more to confession than I thought. I reached the end of my list and Father John handed me a tissue and pronounced these words over me, “You are forgiven. The Father forgives you your sins.”

In that moment, I knew what he said was true: I was forgiven. The truth of God’s forgiveness washed over me in a way it had not earlier in the day when I confessed my sins to God in the privacy of my own room. The experience of confession was different when it required me to humble myself before God in the presence of another person. It was transformative.

What made that experience so transformative for me? For the first time in my life I had practiced confession as a discipline. From a theological perspective, I had already confessed my sins to God and received forgiveness. Private confession (naming our sins in the presence of another person) is done not as a means of achieving forgiveness; Scripture encourages us to confess our sins to one another because it is healing (James 5:16).

Scripture is clear: once we confess our sins, God cleanses us from all unrighteousness. How often, in spite of that truth, do people continue to walk around with a deep sense of shame over past sin? In my experience, people bear that burden far too often.

Jesus told his disciples, “If you forgive anyone’s sins, they are forgiven; if you do not forgive them, they are not forgiven” (John 20:23). This verse used to make me uncomfortable: Could Jesus possibly mean what he said? Would he really entrust that power to us? I now believe he masterfully articulated the truth of the human condition: for an individual to be free of the shame of sin, often another person must serve as a witness to the power of God to forgive sins.

After my first experience with confession, my thought was, “Why in my faith tradition did I never learn about private confession? Why was this never taught as a spiritual discipline alongside prayer and Bible study and fasting?”

After practicing confession I began to ask how I could help members of my congregation experience what I experienced in my time with Father John. Father John and I may have differed somewhat theologically on what exactly happens in the process of confession. What we agreed on is the reality that private confession should be a discipline in the life of believers. That meant I had to wrestle through the question of how to help others experience the transformative power of private confession as a sacred and spiritual practice.

That process began with writing an examination of conscience, a liturgy my congregants could work through to prepare for confession. The liturgy was intended to serve as a tool for self-examination and to shape an appropriate theology of forgiveness. After writing it, I wasn’t sure what the next step would be. Then a young woman in our congregation asked to meet with me.

This woman had come to faith for the first time just three months before and was struggling to accept that God could really forgive her for all she had done in her past. So I asked her, “Would you be interested in practicing confession?”

She was confused. “Would I like to do what?” she asked.

I explained how confession worked and gave her the examination of conscience to look through. I encouraged her to pray and see if God’s Spirit led her to practice confession as a discipline.

Two weeks later, my office became a reconciliation room and I became a confessor as this young lady laid her soul bare. As I pronounced the words over her, “If we confess our sins, he is faithful and just to forgive us our sins and cleanse us from all unrighteousness. You are forgiven. The Father forgives you your sins,” her eyes filled with tears and I saw her come to terms with the truth of God’s radical forgiveness. Our time together concluded with her announcing she felt ready to be baptized. Several weeks later, we had the opportunity to practice that sacrament publicly with other members of our congregation.

I was interested to see how our staff members would feel about embracing the discipline of confession, so in our annual performance reviews, I included the question, “Would you be interested in practicing private confession?” The staff was split. About half of our staff members were interested in beginning to practice confession (or felt like they were already doing this on some level) and about half were less certain. One noted interest but really wanted the anonymity of confessing to someone outside our pastoral staff. Our staff’s attitude served as a good gauge for how private confession would be received by our congregation.

The idea of confession is uncomfortable for some. Others meet it with a great deal of enthusiasm. We want to help people meet this practice with courage so we’re committed to a gradual introduction to the idea of private confession as a necessary spiritual discipline. Here are a few guidelines I’ve found helpful:

Make it an option.

Since private confession is a gift, I want to make it an option for every member of our congregation. There’s no campaign and we haven’t yet made any big push on a Sunday morning. Instead, as we meet with people and feel they might benefit from the practice, we make it an option and trust God’s Spirit to lead people toward this discipline if it will be helpful.

We are also incorporating times of corporate confession into our services. For this, we looked to the Lutheran tradition and are incorporating the confeitor when appropriate. The confeitor is based on a Mass written in the 12th Century and revised by Martin Luther in 1523. This liturgy requires the congregants and minister to kneel together and confess:

What a sacred moment! There are other elements to the confeitor but if it were just this it would still be beautiful.

Make it a choice.

I first practiced confession in the context of a retreat. In planning to introduce this practice to our congregation, it made sense to plan for ways we can incorporate opportunities for private confession into the structure of spiritual retreats. A guiding principle for every activity we offer goes by the “challenge by choice” rule: no one is required to participate but everyone is welcome to join in.

A friend who grew up Catholic told me, “I always confessed to a priest I didn’t know. Always.” Some people want anonymity as a part of confession. That is okay.

When we begin to provide regular opportunities for people to practice private confession, I will invite friends who pastor other congregations to serve as confessors. Confession as a spiritual discipline simply requires the ear of a mature believer, someone willing to listen and able to give counsel if requested. So we will make sure people who would like to confess with some degree of anonymity have the opportunity to do so. The power is not in people confessing to their pastor but in confessing aloud to another.

Rachel Triska is coleader of Life in Deep Ellum in Dallas.