Choosing the right leaders may have more to do with your nose than your brain.
Mark Buchanan 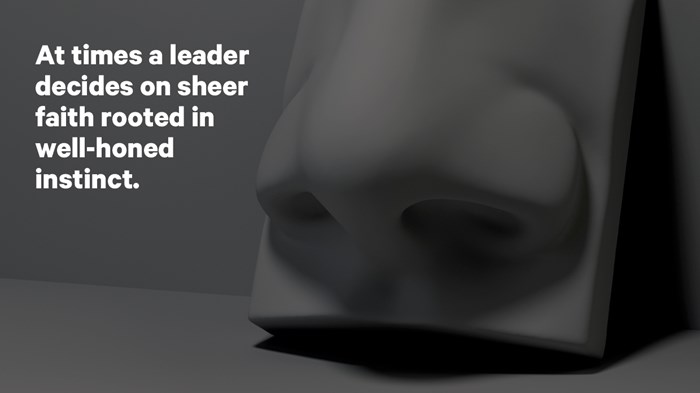 In The Fellowship of the Rings, the first book in the Lord of the Rings trilogy, there's a moment when Gandalf loses his way in the dark twisting tunnels beneath the mountains of Moria. "I have no memory of this place," he announces. His ragtag band of followers is frightened by the news. Then Gandalf looks at one tunnel among a maze of them. "Oh! It's that way," he says.

"No," Gandalf says, "but the air doesn't smell so foul down there."

Sometimes that's all a leader has to go on: a whiff, a whim, a glint, a gut feeling. We really don't know which way is ahead. We have no memory of the place, and no vision of the future. We're left to hunches and guesses.

We just know that, at some point, we must decide. A bad decision is sometimes better than none at all. We know that impasse creates fear, and fear breeds blame and division. And division, once opened, ...