How to follow Jesus while dodging bullets.
Interview with John Crosby 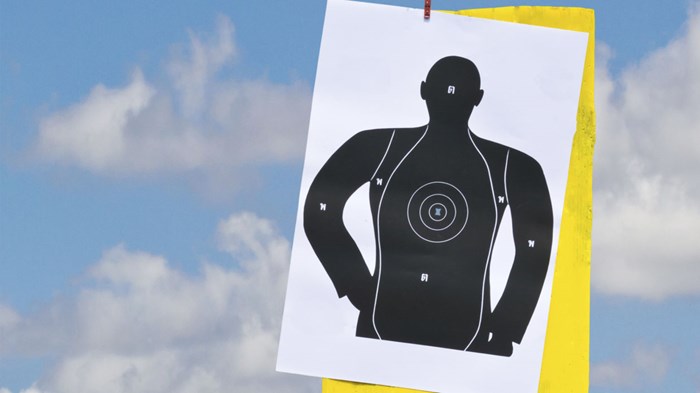 As a Christian leader, people’s disapproval can make you defensive, angry—and if you go about it the right way, spiritually mature. We asked John Crosby, pastor of Christ Presbyterian Church in Edina, Minnesota, what he’s learned about being in the middle of conflict, and sometimes, being the target of it.

When did you first realize that as a leader, you were going to have people mad at you?

I love Jon Acuff’s tweet, “If you want to make everybody happy, don’t be a leader. Sell ice cream.” That realization struck me the first time I led youth ministry in a church, after years of ministry in Campus Life, interacting with non-Christian parents grateful that anyone cared about their kids. Church parents are tough! Not yet a father, I didn’t appreciate the level of anxiety, the second-guessing, the concerns of parents needy for communication.

Early on, it became clear there would be ten affirmations for each criticism, but the volumes would be reversed. So my first lesson, gleaned only in retrospect, was how much anger comes from how deeply people care, when the issue is personal to them.

What have you learned from times of opposition that you don’t think you could have learned in any other way?

I don’t know. I learn a lot from reading about others’ mistakes. (Laughter.)

1. We’ve known since the end of the Nixon Presidency is that “It’s not the crime, it’s the cover-up” (or the defensive reaction). My lack of graciousness in responding to a critical question at an elder meeting turned a minor item--“Shouldn’t we have outside checks on expenditures?”--into a big, far more personal argument about my integrity.

Because I mistook good accounting practice for a personal accusation, my defensiveness led me to answer a question that wasn’t being asked. My response made it look like there was something being hidden. I should have just thanked the person raising the issue and offered to do whatever the elders thought best to insure effective ministry and financial integrity.

In contrast to my defensive reaction there, in my next church I proactively went to the head of the Personnel Committee and asked her to double-check my expense account quarterly. This not only gave me protection from any questions about my expenses, it also turned the chairwoman into one of my biggest allies.

2. Sometimes, all it takes is one angry voice. Harvard’s Len Schlesinger says, “Ten raving fans are overwhelmed by one terrorist,” referring to dissatisfied customers. Our church was in the forefront of sponsoring thousands of children in one area through World Vision, watching lives change over the years. Since World Vision intentionally stays in communities for only 12-16 years, to avoid an unhealthy dependence on aid, we also, then, were the first church to go through the trauma of losing hundreds of “our kids” at once, as World Vision left.

Good communication helped 90 percent of our members see how we needed to make the shift, but 10 percent is still a lot of families who were really angry at having to “abandon” the child on their refrigerator. I found that humility is key to leadership in that season, having to acknowledge that sometimes people are right to be angry!

3. Pastors are usually people-pleasers who avoid conflict at all costs. I’ve had to learn the difference between diplomacy and avoiding a needed fight. Recently we went through a denominational split, which put strain on our congregation for several years, causing several core members to depart. I remember being wounded by an elder who left in tears, saying, “Do you really want this to be your legacy?”

But the process was needed to avoid ceaseless conflict and dysfunction, a distraction from ministry on all sides. No problems get better by themselves, and delaying hard conversations and inevitable conflict only multiplies long-term pain for all involved. I learned that fear of angering others must not deter me from long-term progress, and participating with grace and transparency models a value desperately needed in a contentious society.

How do you sort what’s valid in people’s criticism and what isn’t?

Anyone who has to let staff go finds out that there are more people supporting them than you’d ever know, and many are sure you had some vendetta. The old saying is true, “Hurting people hurt people,” and you have to accept that you’re going to receive some hurtful things from people who are feeling hurt.

Recently a high school principal in our church gave some expert advice: “Accept that you cannot defend yourself publicly. While people tend toward a cynical first reaction, storms pass more quickly than we think, because people watch the ‘long haul’ of our lives before them.”

Having said that, it’s important to finding the grain of truth in the rock of anger.

What ways have you found to deal with the anger of being opposed in ways you don’t think are fair or kind?

Commiseration. I joke with my congregation that I model being in a small group with other pastors “so we can talk about you!” There’s more than a grain of truth in that. Safe outlets are crucial for maintaining health, to avoid dumping everything on my spouse.

And occasionally, as we hear the travails of others, we must recognize that the issue was not as black-and-white as I’ve perceived, and I need to guard my tongue. I keep revisiting Gordon MacDonald’s story of the time he received reproof from a peer after Gordon had made a sarcastic comment about a colleague (actually, a pastor who got a better room than Gordon did): “Gordon, that’s not the way one brother in Christ should talk about another.” Twenty years later, that comment still sticks in Gordon’s soul. And in mine.

Over time, some leaders seem to get more jaded, defensive, or isolated. What can help prevent that?

Time can also lead you to determine that you don’t want to be that way. This article comes out of the perspective only scars give, because it’s “not our first rodeo.” We realize that what so often appears fatal can be redeemed.

In addition, I’ve learned to employ a couple other practices, which have helped in situations of conflict.

The Pastor's Soul
The Editors
Trending