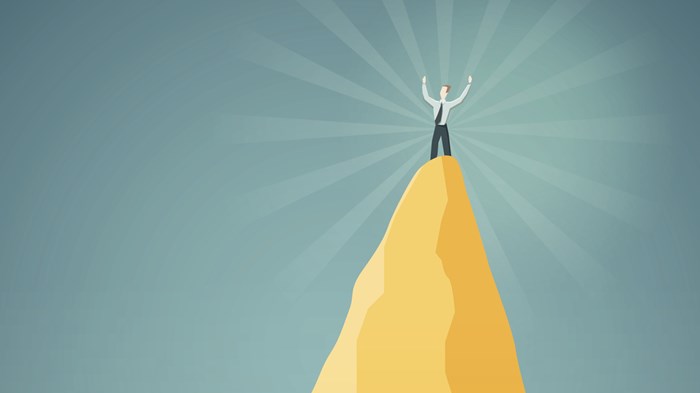 A group of people gather around a leader in a way that increasingly becomes described as a movement. He draws crowds to his rallies so large that other leaders are filled with envy. He is an unusual candidate for leadership; he’s never held office before. He is asked pointed questions about his position on taxation, which he answers in a deliberately provocative way.

He is a polarizing figure. Pundits have a hard time knowing how to peg him.

Inevitably the anger all around him begins to boil over. It begins to erupt into violence, with the inevitable and unanswerable question of who started it. How will the leader advise his followers?

He does so with words that have confused and haunted the human race for two millennia:

“You have heard that it was said, ‘Eye for eye, and tooth for tooth.’ But I tell you, do not resist an evil person. If anyone slaps you on the right cheek, turn to them the other cheek also.”

You have heard that it was said, your enemies are haters, and haters deserve to be hated. All they will understand is power and fear. People despise weakness and respond to strength. Fight fire with fire.

But once there was a man who had a different strategy: “If anyone slaps you on the right cheek, turn to them the other cheek also.”

I know. I understand. This is not a new legalism to be blindly and mechanically followed. This is what Jesus often does: he contrasts what is expected from Generally Accepted Wisdom with what creative goodness in the kingdom of God might do. It is not a binding command for foreign policy. It must be applied with discernment and judgment.

But still. It must mean something. There must come a time.

His campaign was a miserable failure. The crowds eventually grew frustrated when he did not seem to understand or share their anger, and eventually the anger turned, as it always does. And it fell on him. Even at the end, his closest follower was ready to fight back, but he forbade it.

His weapons were suffering and humility and forgiveness and love.

And he sank in the polls. He was despised and rejected. Crucified. He was a loser.

On the anniversary of his birth, more than nineteen and a half centuries later, a follower of his who led many campaigns in the midst of anger and violence expressed it like this:

I've seen too much hate to want to hate, myself, and every time I see it, I say to myself, hate is too great a burden to bear. Somehow we must be able to stand up against our most bitter opponents and say: We shall match your capacity to inflict suffering by our capacity to endure suffering. We will meet your physical force with soul force. Do to us what you will and we will still love you.... But be assured that we'll wear you down by our capacity to suffer, and one day we will win our freedom. We will not only win freedom for ourselves; we will appeal to your heart and conscience that we will win you in the process, and our victory will be a double victory.

“Do to us what you will and we will still love you.”

“You have heard that it was said, ‘Love your neighbor, and hate your enemy.’ But I say to you, love your enemies.”

This is not about policies or legislation or the justified use of force, all of which are important, all of which merit the best thought of our best minds and hearts.

This is about two ways.

You have heard that it was said, “I’d like to punch him in the face. I really would.”

But I tell you, do not resist an evil person. If anyone slaps you in the right cheek, turn to them the other cheek also.

Odd how we live in a world where that subject keeps coming up.

John Ortberg is pastor of Menlo Park Church in California.

How Do You Take Criticism?
Insights from an old letter.
Tim Keller
Trending