Gregory the Great taught me not to retreat to the prayer room unless I have engaged the battles of the day.
John P. Burgess, Jerry Andrews, and Joseph Small 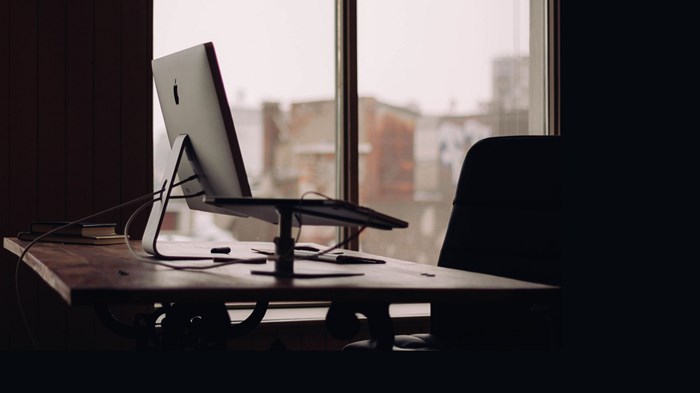 Gregory the Great lived and recommended a Christian discipleship that is both active and contemplative. He argued and modeled that the Christian life has two poles and pulls, each of which is essential to faithfulness before God and usefulness to others. The one draws us to God—“Come unto me all ye”; the other sends us out—“Go ye into the all the world.”

Gregory’s life and work invite every Christian to think about discipleship and ministry. Is my primary duty to contemplate God or to serve humanity? The tension is heightened for those whom Christ calls to lead his people. Pastors may struggle to know whether the contemplative or active life is more foundational for their leadership of God’s people. Some of us are by nature more easily disposed to one or the other. Our training may pull us more in one direction than the other. At times a particular calling may require us to attend more to contemplation than action, or vice versa. By the end of our days, in which will we have majored, and in which will we have minored?

Gregory was faced with these questions constantly. From his life, letters, and legacy, we learn that the answers may not be an either-or matter. After all, love of God and love of neighbor form one great commandment. And for the apostles, Jesus’ simple call, “Follow me,” is paired with “I will make you fishers of men.” The question may be how each of us as a disciple and minister learns to be faithful to both calls at once. Our task may be to integrate the two pulls and poles as best we can. The drive toward holiness is always and simultaneously a call to service.

Despite his initial commitment to the ascetic life of a monk at age 34, Gregory would later become the bishop of Rome in an uncontested election. His contemporaries—seeking and needing a leader who would have great promise as both a skillful administrator in an era when the church could lose everything and as a man of deep spirituality in a city where it was all too easy to lose one’s way—imagined no better candidate than the former first man of the city become beloved ascetic. Gregory protested this election, citing his desire and calling to attend to his prayers and studies. Though his early biographers may be reporting nothing more than the literary topos of feigned public humility—a recurrent theme in the celebrated lives of saints that was built on the narratives of Moses and Jeremiah—his own writings suggest sincerity in his initial reluctance and bear testimony to the continuing internal tension of the church’s first monk-pope.

That internal tension—the contest within him for time and attention, the demands of the office vying with his ascetic calling for the prime moments of each day, the needs of his soul agonizing against the needs of the church for the next season of endeavor, the bucolic life of the shepherd confronted with the wolves that would ravish the flock—would be the central theme of his writing, episcopate, life, and legacy. Gregory will confide in a letter to a friend that all of this is a burden on his soul, but a burden given by God.

Gregory the Great lived and recommended an active contemplative discipleship. (Or is it a contemplative active discipleship?) Gregory was faced with these questions constantly. In his life, letters, and legacy he leaves us well-argued answers. Our calls given by Christ to come to him and to minister to others can be made more clear, and we can respond clearly with Gregory’s help. I (Jerry) have found this to be so in life and ministry.

Gregory’s challenges as pope only somewhat parallel my own calling. His calling was to invite/command those who had long and sincerely committed to a contemplative life to give up a portion of it in order to become active in the life of God’s saints—encouraging monks to take on the assignment of abbots or parish priests. My call to active ministry preceded my life as an avid reader, practicing thinker, and sometime writer, but contemplation soon followed. I still lament my poor prayer habits. In late college I learned the joy of reading significant authors—reading beyond classroom assignments. In seminary I first began to contemplate at length while reading closely great texts. My first pastorate included a requirement to be in every home every year—a full engagement with real people with an acknowledged real need for a pastor to be close to them. Soon the two developed in tandem.

Among my contemporaries, the call to an active pastorate is often better developed and practiced than is sustained study and committed contemplation. The call now, it seems to me, is to effectively attract the busy pastor into a Sabbath rest with Christ. The public too often trumps the intimate, and the urgent takes precedence over the important.

I found Gregory to be helpful in persuading me that I may not neglect one for the sake of the other. Further, the pastoral call is not so much about balance (inevitably attempted by less of the one, then less of the other) as it is about pursuing both the active ministry and the contemplative life. On the one hand, pastors are to emerge from their study (but must be in their study in the first place); on the other hand (and here I regard Gregory as speaking to me), they cannot retreat to the prayer room if they have not engaged the battles of the day. Or, as my father would say, Sabbath is only for those who work six days a week.

I confess that I would quickly retreat to the study whenever there was perplexity in ministry or failure, especially if there was a wound. Sometimes I simply did not know a sure way forward with a person or program, so I picked up another book and read until ... well, until it was no longer possible. It was unimaginative, lazy, and cowardly of me. The grace of God toward me includes not only that I did not develop a worse recourse, and that this fault was shown to me and was challenged until it diminished, but that God used my fault to his own pleasure to form me as a reader of his Word and as one glad to engage in conversations with those who have lived and died the faith before me.

Reading Gregory has persuaded me that I cannot get more of Jesus by contemplation of him alone. I must engage others. The classroom of Christ is no less in the street and suite—with the pagan neighbor and the church member, by conversing with those who will live and die in the faith after me—than it is when alone with Christ, the psalmist, or Gregory.

Yes, my meditating on the things of God blesses me, and yes, Christ has called me to be a blessing to others. The story of Job worked for Gregory; Jonah works well for me. In Nineveh, at the story’s end, he finally contemplated after becoming exhausted by the work of the ministry. The story of Mary and Martha also works especially well for me. While I may have learned and long cherished what is “the better part,” people also need to eat. The kitchen is not to be despised.

From the heights of conversation with Christ, I must converse with my neighbor for whom Christ died and now lives: a holiness, such as it is, that stoops to serve.

Praying For The Weekend: Mindy Caliguire
A daily prayer of surrender.
Trending

Testimony
I Went to Hollywood to Make My Own Music. Now I Make a Joyful Noise to the Lord.
How a celebrity vocal coach changed her tune after encountering the truths of Scripture.
Kira Fontana
Editor's Pick