Biting Babies, Jet-Fuel Loans, and Other Inexplicable Controversies That Made Me a Better Pastor

You don’t have to understand a conflict to respond to it wisely.
Joel C. Gregory 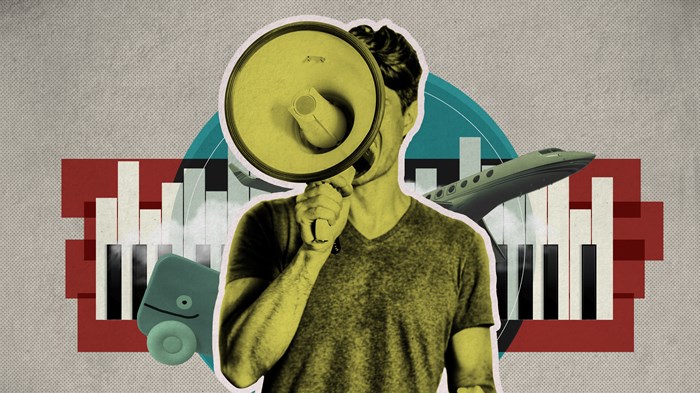 For five years I pastored a city church across the street from a seminary with a pluralistic constituency. It had town folk, professors, administrators, blue-collar, and white-collar city folks. It was a heterogeneous kind of place.

In my time there, we had only one bad deacons’ meeting. Usually the deacons’ fellowship was sweet and harmonious. But on this occasion, stress levels were high. It didn’t help that they called their deacons’ meeting on Sunday afternoon at 3, right in the middle of the Dallas Cowboys’ broadcast. The stage was set for a psychological disaster.

I was going to propose that we move the diaconate from a business model mostly concerned with profits and losses to more of a ministry model. (What a strange thing to expect! I was naïve enough to think deacon meant “servant.”) One of the deacons attacked me as I had never been attacked before in my four previous student pastorates. It was out of the blue, a personal, vicious, face-to-face attack, mixing true statements with accusations he made up. The other deacons were appalled. We left the meeting stunned.

Why did this deacon attack me so publically? What did I do to push him to the brink? Was he really so attached to the former diaconate model? It would be several days before I received any clarity about the situation, and until then, I had to live in the confusion.

No pastor is immune to inexplicable conflicts. A former pastor of the great Westminster Chapel in London told me the church ran G. Campbell Morgan off because he wanted poor folks to come to church. How do you explain the logic behind that? After 54 years in ministry, I have served churches of all sizes, from open-country to megachurches, and each one has included its fair share of confusing controversies. Let me reflect on a few lessons I’ve learned from these conflicts. Let the reader interpret.

In the early ’70s, I commuted to seminary from a little village in the midst of change. Davy Crockett’s wife is buried in the cemetery next to my old church—one of the oldest in North Texas. But when Lake Granbury flooded, the whole community changed. New developments were built, and affluent people moved in. They called me as pastor at the wizened age of 23.

The church, which rarely saw more than 100 Sunday attendees, had a modest spinet piano and a young pianist who was admired largely because she could read music. Most folks in that neck of the woods played by ear. In our church, she was something of a rock star.

But some of the wealthier members decided the church needed an organ. Without an organ, they reasoned, how could we call ourselves a church? Soon two camps developed. People would stop me in the hall and ask, “Are you pro-organ or anti-organ?” A literal division formed in the chapel on Sunday mornings: “piano only” people sat on one side, and the organ contingent sat on the other. I had taken classes in ministerial conflict management at Baylor, but as far as I recall, piano-organ disputes never appeared on the syllabus.

I learned something at that time that I tried to remember in subsequent church power struggles: You don’t have to jump into every battle. I wish I had known back then three wonderful expressions used by an inimitable longtime pastor I knew. (Be careful, though. Used improperly, these phrases might exacerbate conflicts instead of avoiding them!)

Another expression I learned from that pastor was to hold my head in my hands and say, “Oh, my soul!” When you say that with just the right amount of vibrato in your voice everyone assumes you’re standing with them.

The third line that’s kept me from getting involved in controversies I’m better off avoiding is this very simple non-statement: “My, that’s something.” Everything tends to be something, so it’s always true.

In all seriousness, my takeaway from the piano-organ struggle was that it’s best not to jump into no-win situations. Some power struggles require that you stay out of them. Sometimes, the best thing to say is “Oh, my soul.”

In my first two years at a large, historic city church, we experienced, by God’s grace, tremendous growth and vibrant ministry. Then, out of nowhere, parents started coming up to me in the hallway and asking, “What are you going to do about the biting baby?”

I didn’t know anything about a biting baby, but my interest was piqued. I called in our children’s minister—a full-time, professionally trained staff member—and she said, “Well, I didn’t want to burden you with this, but …” and she explained to me that the youngest sibling of a seven-child family in our church had been creeping and crawling in the nursery and biting other babies. I told her, “Let’s ask the parents to sit with the child in the nursery,” and I assumed that would take care of the matter.

Based on the family’s response, you would think I had started the Nestorian controversy. When they heard my plan, they said, “You mean we have to leave our Sunday school class? That’s why the church pays this lady and these workers!” Somewhat stunned, I replied, “Well, that’s something.”

So I had a second meeting with my staff. By this point, families all over the church were concerned about the biting baby and wondering how we would handle the situation. We came up with an amazing solution: We would place the biting baby in a specialized, individual Sunday school class. We brought in the parents and shared our Solomonic wisdom: “We love your child so much we want to give him individual attention.” They protested, “But if our child isn’t with the other babies he won’t be socialized.”

I won’t take you through the whole ordeal, but the family members were in the choir, and they began to tell the other 150 members and the orchestra that the pastor was anti-baby. The president of the choir, one of the leading men in his profession in the city, came to me and said, “We want to know what you think about babies.” Every Sunday 150 people scowled behind me while I was preaching because they thought I was anti-baby.

I expected this absurd issue to blow over quickly. The church was having some of its best days. God was blessing our community. Yet at the same time, I was swamped with meetings about a biting baby. I had the good sense to ask the deacon officers to come talk about it, even though I felt a little bit ashamed to have some of the city’s leading engineers, lawyers, and businesspeople talk to me about a biting baby.

Sometimes it’s best to let wise leaders handle things for you. The deacons assured me, “Pastor, don’t worry. We’re going to take care of it.” To this day, I don’t know what happened to the biting baby, but these three wise, godly deacon officers took care of it.

I thought about this not too long ago while preparing a sermon from David’s later life in 2 Samuel 21. When David was old and weary, four giants came after him. The fourth of them had six fingers and six toes. (When you’re old and tired, you think your giant-fighting days are over, but then the fourth giant comes after you with extra fingers and toes.) In each of those four instances, someone else took care of the giant for David. Let trusted, wise leaders handle some things, even if it makes you feel incompetent.

This next conflict may be a little hard for many churches to relate to, but the lesson I learned from it applies universally. It involved a large church with the habit of sending its youth choir all over the world. This was a sore point in that church because every one of those trips had gone way over budget.

One year, the church decided to charter a jet to send the youth choir and orchestra to the Olympics. One of the wealthiest ladies in the church gave $50,000 for the charter, and I proudly told the deacons, “This will come in at or under budget” (while staring directly at the minister of music).

Unfortunately, we forgot something important: Jets need fuel. I was parsing a Greek verb one day when one of the deacons said, “You told people we would come in under budget. We cannot go back for more money for jet fuel.” So some of the deacons said, “Here’s what we’ll do: Let’s—the three of us and you—get a loan.” I was sitting in one of the wealthiest churches in the nation being asked to get a loan for jet fuel.

They continued, “We’ll have to put up some security. What can you put up?” The only thing I could think of was my ministerial library. I said, “I guess I’ll have to hock my books.”

I’ve had occasion to dwell on that story for almost 30 years. I should have just said no. That’s always easier when you’re looking in the rearview mirror, isn’t it? In the emergency of the moment and the pressure of not wanting to aggravate a sore spot, I conceded. We got the jet fuel. We paid for it after the fact, and I didn’t have to give my library to the bank. The books are still with me. But reflecting back, I don’t think that risk was worth taking.

The Secrets Under Our Floorboards

Pastors won’t always understand the confrontations they encounter, but they can still respond to them wisely. Remember the hostile deacon I told you about earlier? Soon after the meeting in which he yelled at me, I found out he had been involved in some very undeaconlike things, resulting in the picture window of his house being blown out by a shotgun. This got the attention of his whole family. When his spouse started investigating things, his whole life unraveled. Unbeknownst to me, that explosive event had happened shortly before our deacons’ meeting.

When people target you, you may not be the real problem. If you wait long enough, things that don’t make any sense at first may eventually explain themselves. As in Edgar Allan Poe’s short story, The Tell-Tale Heart, the truth usually comes out eventually. But even if you never understand why someone lashed out, remember the countless invisible factors informing their attitude and actions.

You may never know why people become upset with each other or you, but as these stories reveal, a pastor’s job isn’t to solve every problem in a church. Rather, it’s to pastor well in the midst of unplanned, stranger-than-fiction conflicts.

Joel C. Gregory is director of the Kyle Lake Center for Effective Preaching, holder of the George W. Truett Endowed Chair of Preaching and Evangelism at Baylor's Truett Seminary, and founder of Joel Gregory Ministries.

END_OF_DOCUMENT_TOKEN_TO_BE_REPLACED
Already a subscriber? Log in
Read These Next

Biting Babies, Jet-Fuel Loans, and Other Inexplicable Controversies That Made Me a Better Pastor

Biting Babies, Jet-Fuel Loans, and Other ...