What Billy Graham, Fred Rogers, Mother Angelica, and others can teach us about delivering sermons to a camera.
Compiled by Daniel Silliman 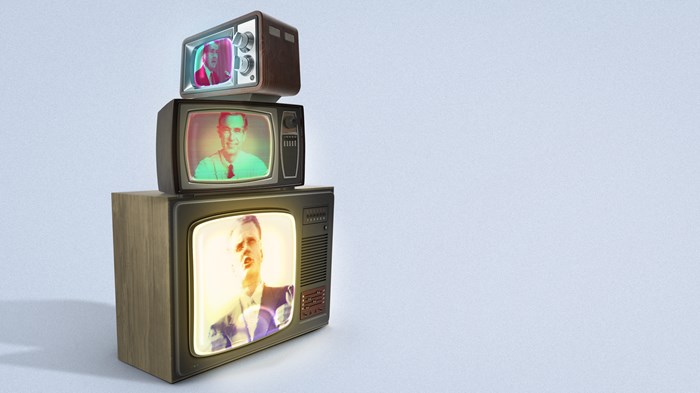 Is every preacher a televangelist now? The coronavirus has dispersed congregations and sent churches scrambling to air services online. Preachers—regardless of how they previously felt about their co-laborers on the small screen—have found themselves delivering sermons to cameras.

As today’s pastors adapt and experiment, there might be some things to learn from the experience of the first TV preachers. The history of televised sermons, after all, encompasses more than the scandals of the 1980s and more than the latest lineup on TBN.

While we may not think of them all as “televangelists,” a wide range of Christians have found ways to use the medium. Here are seven things today’s pandemic-era pastor can learn from early experiments with preaching through screens.

When Percy Crawford started filming the first nationally broadcast religious television show in 1949, he would frequently walk out of frame. “You’d see the cameraman trying to chase him down,” one staffer recalled. “You couldn’t keep him behind a pulpit.” New mediums come with new restraints, and new restraints require adjustments.

The leaders of the Lutheran Church–Missouri Synod did not own a single TV set among them when Walter Maier approached them about funding a television ministry. Maier said he wouldn’t use TV if he was just trying to reach Missouri Synod Lutheran leaders; his aim was to reach a broader audience. Maier knew that new technology would reach new people. He received $750,000. Seize the opportunity to do something different.

Mother Angelica, the Catholic nun who founded Eternal Word Television Network, started her TV station in 1978 with $200 and 12 cloistered nuns who had no broadcast experience. She didn’t know if it would work, she later recalled, but she had to start somewhere. “The grace comes with that one step,” she said, “and you get the grace as you step.”

Billy Graham ended his short-lived television program in 1951. Viewers weren’t a problem and funding wasn’t a problem, but technical expertise was. Graham had the best possible people to organize crusades, but that didn’t mean they could produce high-quality TV programing. Skills in one area may not translate to skills in another.

Early televangelists struggled to preach without an in-person audience. Charles Fuller quit. Oral Roberts said it was like trying to preach without oxygen.Pat Robertson, founder of the Christian Broadcasting Network, wondered what kind of new interaction was possible with the new technology. He started asking viewers to call in with prayer requests. Successful communication goes in two directions.

Fred Rogers, a Presbyterian ordained to minister through children’s television, didn’t always explain what he was doing as he fed his goldfish on his show. Then a girl wrote to him, concerned he had forgotten them. She was blind and depended on his descriptions to know what was happening. After that, Rogers narrated his actions. There are always ways to include more people.

7. Be grateful for what you don’t know.

Lester Sumrall thought failing was tough when his first Christian TV show was canceled by a local Indiana station in the 1960s. Then he tried again in the ’70s and succeeded—and that was even harder. “Had I known the complexity of this medium, I might not have had the faith to tackle it,” he said. Success may, at times, depend on your ignorance.