Four cultural values entice us toward an Americanized messiah instead of the crucified Christ.
Peter Scazzero 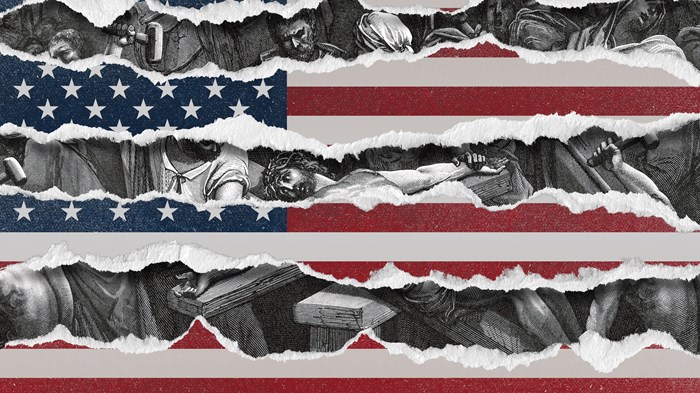 As pastors immersed in Western culture, it’s difficult to disentangle our view of Jesus from the Americanized identity we value—an identity measured mostly in terms of what looks good, feels good, and does good. The question arises: What does it mean for us to be cross-centered and follow the crucified Jesus in our context? What are the distinctions between the world’s discipleship and Jesus’ discipleship?

Four vices of worldly discipleship are deeply ingrained in the church. Just as Jesus taught the Twelve, we too must reject these four things categorically, not only because they are illusory and temporary, but because they damage us and the people we lead.

The temptation of popularity

Who doesn’t want to be popular? The problem is that our desire for popularity leads us to do and say things solely to impress other people. Jesus publicly called out the Pharisees and teachers of the law, saying, “Everything they do is done for people to see” (Matt. 23:5).

Jesus called his disciples to utterly reject showy spirituality for popularity’s sake. In fact, he denounced any activity that had traces of seeking approval or admiration. We must give up performance faith and every enticement to serve in order be noticed by others. Jesus knew the weaknesses of the human heart; he knew the tempting desire to impress and its dangers. He said to the religious leaders, “How can you believe since you accept glory from one another but do not seek the glory that comes from the only God?” (John 5:44).

Most of us place a higher premium on what other people think than we realize. Consider whether you’ve ever entertained thoughts about how you’re coming off as you preach or use an illustration. Do you worry people will think less of you if you share your struggles? Are you concerned about how many likes or followers you might pick up if you post on social media?

Our longing to be noticed and esteemed by others surfaces in subtle but recognizable ways: saying yes when we would rather say no, refusing to speak up because we don’t want to “rock the boat,” or remaining silent about our preferences and desires out of fear of what others might think. Rejecting earthly popularity is essential for following the crucified Jesus.

The temptation of worldly greatness

Jesus’ call to greatness runs utterly counter to the worldly greatness he condemns. Worldly greatness led the Pharisees and teachers of the law to view themselves as better than everyone else. Their knowledge of Scripture and their legalistic zeal earned them perks, such as the best seats in the synagogue, honorary titles, and status-laden clothing to set them apart.

By contrast, Jesus’ greatness looked more like weakness and foolishness (1 Cor. 1:20–25). Jesus was born in a manger in a small village to a poor family. His chosen leadership team was mostly blue-collar, uneducated fishermen. His miracles happened mainly in the backwoods of Galilee, not in strategic places such as Jerusalem or Rome. The small towns where Jesus concentrated his ministry and miracles—such as Capernaum, Bethsaida, Chorazin, and even his hometown of Nazareth—rejected him. The worldly greatness Jesus renounced was at its core a temptation from Satan (Luke 4). Like Jesus, we too must reject power and status as deadly threats to faithful ministry.

The temptation of success

Striving for success may be the world’s most universal quest. But success is a counterfeit faith with the power to separate us from Jesus.

We live in a culture where bigger is always better—bigger profits, bigger influence, bigger impact. The church tends to believe the same. We measure effectiveness by the numbers, and bigger is always our goal. If our numbers are increasing, we feel great and consider our efforts as blessed and our intentions as righteous. If our numbers decrease, we feel despondent and regard our efforts as failures.

It is essential that we see success rightly. According to Jesus, success is becoming the person God calls you to become and doing what God calls you to do—in his way, and according to his timetable . Theologian Frederick Dale Bruner aptly summarizes the real threat behind success-driven temptation: “We will sometimes do absolutely anything to keep our work from failing. But the moment we do absolutely anything to keep our work for God from failing, we have made our work God, and perhaps without realizing it, we have worshipped Satan.”

We must expose and reject every drive to succeed that compromises our integrity as followers of Jesus. Not every opportunity to expand the work of God is actually an invitation from God.

The temptation to avoid suffering and failure

Imagine Peter, unbroken by his humiliating failures, leading the church after Pentecost from a place of smugness and unteachability. Imagine Paul, with all his gifting, drive, and intellect, without his immovable “thorn in the flesh” to keep him humble and focused on Christ. Imagine Moses without 40 years in exile in Midian after murdering an Egyptian. Suffering and failure have always been God’s means to transform us from willful to willing, from anxious to patient, from swimming upstream against the current of God’s love to floating downstream, trusting him to take care of us.

For Jesus to rise from dead in glory, he first had to resist the temptation to earthly glory by refusing to deploy his power and come down from the cross. To suffer and fail so colossally on Calvary proved to be the greatest victory. What looked like history’s worst moment was in fact its most profound.

For me, I seek to save myself whenever I set down my cross to avoid failure, when I launch initiatives out of impatience, when I make hasty decisions, and when I frantically overwork out of fear my ministry might decline or stagnate.

To set down your cross is to succumb to Satan’s temptation to worldly acclaim, greatness, and power. In doing so we only become our own saviors and miss out on the truly transformative work God could do in and through us. Crosses are required to follow the crucified, un-Americanized Jesus. To take up your cross as Jesus commands is nothing short of a groundbreaking and culture-defying act of rebellion against much of Western Christianity.