The claim to have a traditional argument ag: women's ordination is far from traditional
Scot McKnight

Many claim to be providing the “traditional” reason why women should not be ordained, saying their view is the traditional view. William Witt, in Icons of Christ, devastates this argument.

This book is a grand step forward in this discussion today in this very point. You can now challenge every complementarian who utters the view that their argument is the traditional view.

Before I take another step forward I want to give the big ideas of this post:

First, the church’s traditional view is that women were ontologically inferior to men.
Second, the church’s traditional view is not that women and men were essentially equal.
Third, the view that women and men were essentially equal emerges widespread in the church in about the middle of the Twentieth Century.
Fourth, the so-called traditionalists of today all believe in essential equality but differ on the “roles” of women in the church, with especially Protestants believing they should not teach. But they are essentially equal. (RCC permit women to teach and they do so in spades. Thanks to William Witt for pointing this out to me.)
Fifth, this new Catholic and new Protestant view then is not the traditional view but a new view.
Sixth, new reasons are adduced to hold the old conclusion: RCC (Jesus chose only males to be apostles, and apostolic succession leads to sacarmentality in the male line) and the Protestant complementarian view (gender equality with role differentiation).
Seventh, Christology is appealed to: RCC appeals to male only disciples of Christ as he is to be re-presented today; Protestant complementarians have gone into eternal subordination of the Son (and to the person, so far as I can see, they have not changed here; perhaps Bruce Ware).

I add this: I know that some in the complementarian camp actually believe women are intellectually (and otherwise) inferior but will not admit it in public or in print. They mask their conviction with complementarianism and so get what they want anyway: subordination of women. 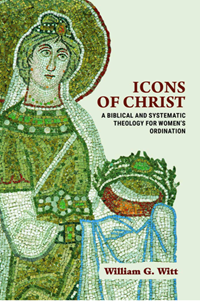 Witt is right: it all begins in an ontological and then sacramentarian thinking.

What is crucial to the argument from tradition is to address the reasons behind the tradition, and these are not difficult to trace. Historically, there is a single argument that was used in the church against the ordaining of women: women could not be ordained to the ministry (whether understood as Catholic priesthood or Protestant pastorate) because of an inherent ontological defect. Because of a lack of intelligence, or a tendency to irrationality or emotional instability, a greater susceptibility to temptation, or an inherent incapacity to lead, women were held to be inferior to men, and thus were not eligible for ordination. Moreover, this argument was used to exclude women not only from clerical ministry, but from all positions ofleadership over men, and largely to confine women to the domestic sphere.

He looks in on Origen, Tertullian, Chrysostom, Albert the Great, Aquinas (not as bad), Luther (significant breakouts), Samuel Johnson, Richard Hooker and perhaps one of the worst, John Knox of Scotland.

The point of this somewhat lengthy summary, including numerous quotations, is to provide documentation of the claim made earlier. It should be clear from the above that the church has indeed had a historic position against the ordination of women. From a variety of sources – eastern, western, patristic, medieval, Reformation, Catholic and Protestant – the following has been the key argument: women canot be ordained or indeed exercise any positions of leadership in the church because of an inherent ontological incapacity. Women were characterized as less intelligent, more sinful, more susceptible to temptation, emotionally unstable, incapable of exercising leadership. In addition, it needs to be recognized that (with the exception of Aquinas) this disqualification was not merely a disqualification from clerical ordination, but from any position of leadership or of exercising authority over men, whether in or out of the church. An extreme position, perhaps, but Knox’s essay shows that male theologians were willing to expand the disqualification beyond the clerical sphere to the secular. A fortiori, if women could not exercise leadership in the church, they certainly could not do so elsewhere.

This arugment by Witt becomes now a crucial turning point. He shows that the traditional view is nothing of the sort but is a radical change: from ontological inferority to essential equality is a massive change. To defend now the role difference is to use an old conclusion on an entirely new foundation.

Problem is? The new foundation will not support the role differentiation. You can’t get from intellectual incapacity and inequality to intellectual capacity and equality without changing the argument entirely. The same conclusion built on a completely different foundation is little more than gender prejudice. The Protestant complentarian view, like the RCC view, is about 45 years old. No older.

Equality is not traditional; hierarchicalism is traditional. The more equality they affirm the less traditional they become and the more tension they create with equality. Holding both in the same hand is a sleight of the hand.